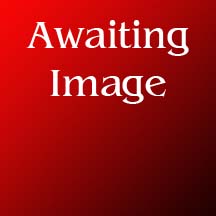 
“Said And Done” is the first “solo” release by Liverpudlian bluesman Raphael Callaghan. However, Raphael is very far from being a newcomer,on the contrary ,he has been playing the blues in a variety of combos stretching back half a century to 1966 ,including Jim and Raphael; Folk and Blues Union; Jim,Mick and Raphael;Mick and Raphael; Breakdown; Part One; Borderline Case; Two Steps Forward; Raphael Callaghan with Christine Purnell; Blue C; Deep Blue C; Blue Cee and Raphael Callaghan’s Blue Cee. I have had the pleasure of seeing several of these various line-ups over the past forty years ,at venues such as the Bothy Folk Club and Southport Arts Centre [now The Atkinson].

If ever a British musician was steeped in the Blues it is Raphael- he’s a superb singer ,guitarist and harmonica player and writes songs that are at once contemporary yet rooted in the blues tradition.

As a harmonica player, Raphael has guested with such blues legends as Jo Ann Kelly, Alexis Korner, Jessie Mae Hemphill [more of her later] and Louisiana Red ,not to mention Bonnie Raitt who has ,on two occasions , asked Raphael to blow some harp with her at live shows in Liverpool.

“Said And Done” [which, incidentally, is also the title of the autobiography of another Liverpudlian ,Roger McGough] consists of twelve original songs by Raphael ,together with his version of “Kokomo Blues” and Duffy Power’s “Mary Open The Door”.

Raphael’s own songs cover a wide range of subjects ,including climate change [“Too Much Rain,Too much Water”]; love [“Silk For Skin[She’s Alright With Me]”]; overcoming adversity [“Keep Calm And Carry On”]; break-up of a relationship [“[I Don’t Take] Sugar No More”]; retribution [“Think I Hear The Train”] and poverty [“Can’t Afford To Live”] but they all sound as though they could have been written at any time in the past one hundred years.

As I mentioned above,Raphael has played harmonica with Jessie Mae Hemphill [“one of the finest exponents of Mississippi hill country blues”] and Raphael’s song “Jessie Mae [‘Til The Sun Is Gone]” is an affectionate tribute to Jessie Mae who died in 2006.

Overall, this album is a very fine piece of work by a master of the Blues. It is refreshing in its simplicity, integrity and authenticity. If acoustic blues is your thing,then this is for you.