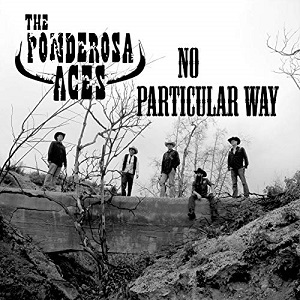 
The fact that the Long Beach five piece kick off their album with a track titled 'If You Think I've Got A Drikin' Problem' should give you a good idea of what's in store. Nominated as Outlaw Group of the Year in the Ameripolitan Music Awards, the band, which now includes Steve Meister on pedal steel and Marty Beal on guitar, are quintessential dive bar outlaw country, which means they sing a lot about drinking (the twang-heavy 'Moonshine From A Still'), trucking (the galloping 'Gotta Keep Truckin''), smoking ('Down To My Last Cigarette'), being broke ('The Landlord's Comin''), being an outlaw (the inevitably Waylon-influenced 'Lots of Ways To Be An Outlaw') and, well, the self-descriptive yeehawing stomp of 'Raisin' Hell In Honky Tonks'.

The drawling Mike Maddux is a sterling front man and the band swing around him with the ease that comes of regularly playing three hour shows, and, while things like 'Simpler Life' and album closer 'Blown My Chances' may not be classics in the waiting, they and everything here are the perfect accompaniment to a cold beer and a bucket of fried chicken.