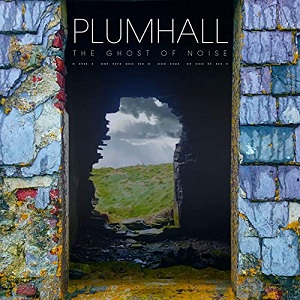 
Plumhall hail from West Yorkshire and The Ghost of the Noise is their second album following their well-received debut, Thundercloud.

Michelle Plum and Nick Hall have teamed up with producer and multi-instrumentalist David Crickmore and drummer Andy Peacock to create something of a departure from their opening release.

The overall sound is big and brooding with so many instruments used to create their soundscape. Gone are the days of two voices and two guitars. This is a more grown-up sound.

The influence of producer Crickmore is felt throughout as he brings his experience of electronica to bear.

At times in the opening track, The Ghost of Noise, there is so much going on in the mix it's hard to keep up.

City Starlings is an upbeat folky-pop number with Michelle taking the vocal lead and comes complete with birdsong.

At times the listener is playing instrument bingo - such is the instrumentation used throughout. I scored with the ban-sitar that popped up during Cruel Adventurers but failed to hear the box of nails.

One of the highlights on this album is A Darkness That Won't Leave The House, which benefits from a more stripped back approach, leaving the vocals to shine through.

Michelle takes centre stage on Mary, a tale of down-trodden workers, with the song building nicely with guitar and synth working well.

Nick powers through South To Glory, a driving song with excellent drumming and piano.

Strange Driftwood allows the producer to run riot as Nick and Michelle concentrate of the vocals of song that looks at the refugee crisis.

The song-writing is strong throughout - Dust Devil and The Outside Track build up to the closing track - Closing Down, a track commissioned for a recent film The Runaways.

It is a beautiful ballad sung by Michelle, and is strangely at odds with the other tracks to be found here. The accompaniment is restrained and accomplished and brings the album to a lovely conclusion.

Second albums can be sometime be tricky for artists. On The Ghost of Noise, Plumhall have certainly stretched themselves and tried hard to find a new sound. They can be proud of what they have achieved.