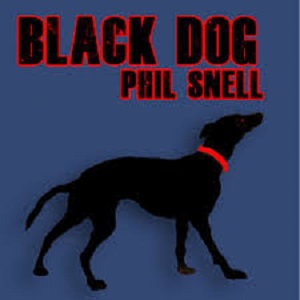 
“These two albums were released six months apart”, says Otley-based multi-stringed-instrumentalist and producer Phil. He candidly adds: “Although they are very different, they are companions”. That should probably be all the advance information you need to enable an appreciation of the albums’ contents – but I happen to believe Phil’s talent and integrity of expression deserves more close attention than that unassumingly factual assessment might infer.

Preamble over then – and yes, the two albums are indeed quite different beasts (so to speak). Dealing first with Home Again, this is the more straightforward of the two, in that, being a primarily acoustic set, it’s closer in feel and substance to Phil’s previous albums. These have been understated, unpretentious little gems with a pleasingly stripped-down intimacy and a congenial immediacy of communication. Their essential feelgood vibe is if anything even more pronounced on Home Again, whose title celebrates a return to home-ground, both quite literally (after a time spent working away to earn the necessary) and musically (after the generally angry, decidedly angst-ridden rant of Black Dog, for which it functions as a healthy antidote).

Phil’s easy expertise on mandolin, fiddle, guitar, lap steel and many other stringed instruments makes him something of a local legend, and Home Again presents him in his home studio treating us to a thoroughly convivial selection of pieces he “just loves to play”. These range from old-time staples (June Apple and Goodbye Liza Jane – on the latter he’s augmented by guest vocals and Madeleine Smyth’s banjo) , , Irish and American-style session tunes (including a fine rendition of Midnight On The Water and a further lovely pair of waltzes), an authentically-60s-troubadour-style Dylan cover (She Belongs To Me) and the occasional standard (Irving Berlin’s Blue Skies) and five of his own songs – here of the softer-edged, affectionate variety: these include the idyllic portrait Humming Bird, the simple, sincere Humanist Hymn and, to finish, a fresh take on an older song Sweeter Life.

Now to Black Dog, then – which, in representing the eternal metaphor for depression, is complementary to, as well as in contrast with, the contented soul we encounter on Home Again. It’s roughly akin to “the other side of Phil Snell”, the darkly philosophical being who seeks musical and artistic expression for his introspective, genuine, right-minded angst at and in the modern world (all but one of the tracks being self-penned). It’s tempting to see a parallel here with the positive-negative strands of all roots musics, for here we find the gritty, often blues-based “electric mud” growling-electronica that lurks within and characterises the underbelly of life.

The album’s deep-throat (primarily) electric-centred settings are edgy and restless, even when they echo role-models from the worlds of blues and roots indie-rock. For instance, I can’t escape hearing early Dire Straits on the title song (which also features some suitably despair-ridden guest sax from Lisa Marie Glover). Phil’s contemporary update of Rev. Robert Wilkins’ blues classic Prodigal Son is a stroke of genius, while Bleak Humberside country-delta boogie meets social commentary on Deep North Estuary Blues. Phil then explores the dystopian future of climate change and Armageddon in a scattergun but refreshingly non-cliché manner on a linked pair of tracks Climate and After The War, the former involving some more complex layered scoring and the latter incorporating a swampy grunge groove and studio effects. The episodic instrumental Electric Guitars could have been taken from an early/mid-70s prog album, while the ambitiously rambling closing track, loosely “based on” the Scottish Jacobite tune Archibald Macdonald Of Keppock, could be viewed as something of a palliative for the ills and wills of today’s world (music is the cure-all?). The wistful To Lose A Lover, although dealing with simple truths, feels a tad too vulnerable both lyrically and vocally. The disc’s emotional core, though, is undeniably the plaintive I Wish You’d Call Me, Phil’s touching lament on the death of close friend and one-time musical collaborator Alistair Hulett, still very sorely missed – this song features some particularly rich and imaginative string scoring.

Throughout both of these new albums, there’s the distinct feeling that, much as he clearly gets off on playing music live, especially in the session context, Phil also really enjoys conjuring his own studio soundscapes through accomplished multitracking and creative arrangements. The resultant, very much homespun vibe is (I hope Phil won’t mind me saying) quite uncannily reminiscent of some early-70s LPs, especially by the more esoteric folk-roots acts and also folks like Ian (fRoots) Anderson, where the artist created an homage to the roots music that inspired him, through an eclectic and sometimes quirky melange of impressively accomplished, sometimes mildly experimental playing and slightly tentative, not always entirely-roots-convincing vocals, that nonetheless proudly carried the torch of total conviction and espoused all the right values and moral attitudes. And Phil’s pair of albums, a kind of 21st-century counterpart I suppose, are every bit as valid – and both musically and lyrically stimulating to boot. Highly commendable.