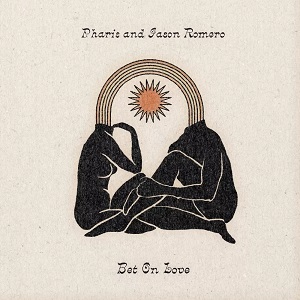 
Again recorded live off the floor in their banjo workshop, rebuilt after being destroyed by fire, and augmented by mandolinist John Reischman and bassist Patrick Metzge, the husband and wife guitar and banjo duo's sixth album of old time string band music, the second to feature self-penned material, evokes the rural British Columbia landscape they call home. Indeed, such is their laid back existence it's hard to imagine they'd have a number called 'Hometown Blues', but, given this is about an electrician who fetched up in "a southern town, wiring up the writing pools" and now runs a lonely bar wishing he was back home, perhaps not.

The lengthy 'New Day' is a lovely lilting croon about a brighter future as two sad and lonely souls face it together while, the first on which, accompanying himself on gourd banjo, Jason sings lead, 'Roll On My Friend' is about waiting on that sunshine to appear through the clouds or a winning hand to be dealt from the deck.

The bucolic air permeates throughout, Pharis returning to sing the easy rolling' Right In The Garden' which basically talks about their courtship and marriage growing older together, that autobiographical element underpinning the title track where the lyrics perhaps suggest overcoming depression or a lack of self-worth as Pharis sings about giving a little love to herself.

The Jason-penned instrumental 'New Caledonia', again played on gourd banjo, provides the bridge between the two halves the vocals returning for 'We All Fall', an introspective reflection on a struggling singer's brief and perhaps not entirely well-advised relationship in the need "to get a little higher" followed by the lovely old timey harmonised 'Old Chatelaine' which kind of continues the theme in a traditional styled tale of a rambling boy living love them nd lave them life, growing old with full pockets and no tear dimmed eyes but still wistful that "I do not have a love like you".

Give the musical feel there it seems only natural follow with a song called 'A Bit Old School', a folk blues with the pair singing and playing face-to-face through a 40s ribbon microphone as the song celebrates a simple and honest life and finding the place you call home.

They end with the strumalong, mandolin accompanied countrified 'Kind Girl', Pharis providing her own harmonies and more lyrics about a sweet home town and, finally, Jason back on lead for the closing waltztime 'World Stops Turning', a somewhat downbeat note about being left shattered and without hope after a break-up.

Beautifully sung and simply but consummately played, it's another wonderful addition to a catalogue of music that simply keeps getting better and better. Place your bets, it's a winner.