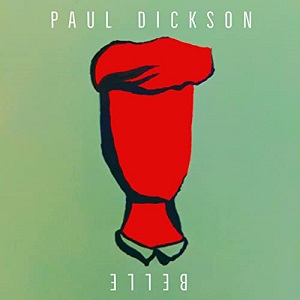 
"Belle" is Scottish guitarist singer and songwriter Paul Dickson's debut album, named after his wife Tracy and recorded for his daughter Daisy. This is a bit of a family collaboration as Daisy also sings on one track and designed the artwork for the album cover.

The 12 tracks of original self-penned material showcase Paul's flowing fingerstyle guitar playing alongside contemporary lyrics reflecting on his life in a new town in the west of Scotland. Paul started playing the guitar at the age of 15 and turned semi-professional at 18. He has taken his inspiration from James Taylor, Bob Dylan and David Bowie. You will definitely be able to hear the Taylor influence through some of the songs.

Performing his interpretation of modern folk music for over 20 years now, it is obvious that family is everything to him. In his own words ""My wife and daughter are also at the centre of this record and it feels very amazing to have created an honest, acoustic album in their names. I wanted to leave a legacy for my daughter, and inspire her to play music, and it seems to be working - she played her first gig just recently."

Paul's brand of music is embedded in modern folk with acoustic guitar to the fore coupled with traditional instrumentation and some beautiful harmonies. His lyrics are imaginative and heartfelt and his approach to music can be heard quite clearly in the opening track "Aeroplane" which opens with a superb acoustic guitar solo.

Paul's vocals are what I would describe as soft and gentle which perfectly match the mood and lyrics of the songs on offer here all of which are underpinned by his superb guitar work. The track that to my mind best personifies Paul's approach and style of music is "Guardian" which you can listen to on YouTube. There is a virtuoso piece of violin in this track which adds a great deal to the sounds and mood of the song.

The closing song is entitled "Reason For My Life" and says it all perfectly about Paul's love for his family and his music. Family for him is everything and music affords him the vehicle to express his feelings. His family should be very proud!

This is a thoroughly enjoyable, warm-hearted and modern folk album. It is not one that will rattle the foundations of your home but it is one that will leave you wanting to hear more. I did.