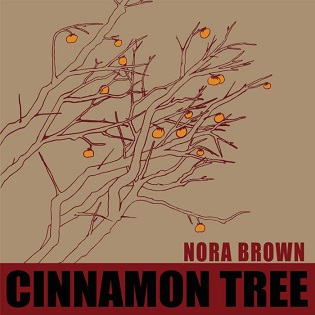 
Nora Brown is a teenage banjo whizz from Brooklyn, New York and this is her debut album.

It is packed with Old-Time tunes and songs that played with such precision and aplomb that defy her early years.

I could have sworn I was listening to some 'orny old banjo player from the Thirties, but no, this is 2020 and this young girl can sure play.

Now I may not be an expert on the banjo but I can tell when it is being played well - and oft times when its not!

For a teenage girl to play with such poise and passion is a wonder.

We have eleven tracks here. The opening Buck Creek Girls, is a square dance tune that sees Nora's fingers dancing across the fretboard and setting the bar so high.

When Nora sings she sounds as is she is carrying all the burdens of the world on her young shoulders.

She started playing at the age of six and has sought out some America's greatest banjo players to pick up tips and learn from the best. Now she is fourteen and has the world at her feet on this evidence.

The Hills of Mexico features some lovely interplay between banjo and fiddle. Some of the tunes featured are pretty well known, such as Cumberland Gap and Shady Grove, but here the precise playing is as joy.

Listen to the playing on Old Horse and Buggy and you'll be blown away as I was. Simply stunning.

You won't find any histrionics here, no just top quality banjo playing. If you love American trad music or just folk music plain and simple, then search out Nora and you're in for a treat.

The album is only available on limited edition vinyl(Now sold out) with a digital download.