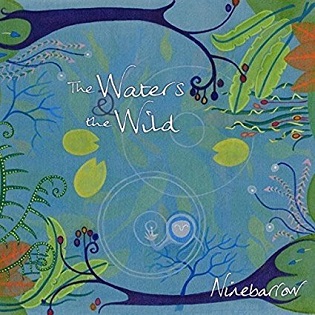 
Former Horizon Award nominees, Dorset duo Jon Whitley and Jay LaBouchardiere take their nom de music from Nine Barrow Down in the Purbeck Hills, their past two albums duly earning them awards and nominations on this very site. They seem assured of figuring prominently in the next round too with this terrific collection of lyrical and musical light and shade and songs that often draw deeply on their home county heritage.

Produced by Mark Tucker, it's a mix of self-penned and traditional numbers, getting underway with three of the former, starting with the pastoral simplicity of the fingerpicked waltzer 'The Hour of the Blackbird', a number which draws on the tradition of songs about the changing seasons. The mood shifts dramatically with a booming bass drum, reed organ, upright bass and bodhran underpinning 'Halsewell', a song detailing Dorset's worst shipping disaster when, in 1786, having lost its masts in a storm, the titular East Indiaman ship was driven on to the rocks at the Isle of Purbeck with the loss of all but 74 of its 240-strong crew.

The gentle 'Overthrown' rings the changes again, Whitley on piano and Barney Morse-Brown providing the string arrangement for a song envisioning the future of the landscape, no longer subject to man's impact inspired by the chalk downland of South Dorset Ridgeway and commissioned as part of Dorset Artsreach's Land of Bone and Stone project.

Featuring backing vocals by The Teacups and handclap percussion, the first of the traditional numbers arrives with a folk staple, wheezing reed organ setting the scene for a lively but spare arrangement reading of 'Prickle-eye Bush', a number variously known as 'The Gallows Pole', 'Prickly Bush' and, in its original gender incarnation, 'The Maid Freed From The Gallows', and one of the songs that got the pair into folk music in the first place. Continuing to plough the traditional furrow, 'While Gamekeepers Like Sleeping' is a hare poaching song, sometimes known as 'Hares in the Plantation', sung a capella and taking its time signature cue from the version by June Tabor.

Drawing directly on Dorset heritage, introduced by plucked strings, 'Hwome' is a mandola-based setting of 'Comen Hwome' , a poem by William Barnes celebrating the simple joys of walking home through the local countryside, reed organ and drums joining in for the outro.

They return to their own material for the rhythmically heady , bodhran bolstered 'Thirteen Turns', another gallows-set song, here about the hanging of a healer accused of witchcraft, set in the 17th century but, as they say in the superb songbook that can be purchased separately, with pertinent associations to modern hate crimes.

The title track takes its inspiration from W B Yeats' poem 'The Stolen Child', from which the lyrics are partly adapted, and affords a more positive view of child-abducting faerie-folk than on 'Mother!' their debut album's offering on the subject, as, written at the peak of the refugee crisis, it envisions the child being rescued from "the rubble's kiss Upon her shoeless feet", the indignity of queuing for handouts and "the blossom of explosions As the dust obscures the sun."

Another unaccompanied number, the optimistic 'Row On' features the traditional lyrics set to a tune by Dorset musician Tim Laycock and leads into the last of the original material, 'Gather It In', an adaptation of the words to harvest home song 'All Of A Row' from the Roud collection set to their own buoyant tune arranged for reed organ and bodhran. It all concludes on an emotionally piercing note with a cover of John Kirkpatrick's Sing A Full Song', the poignant story of a couple's last moments together, the duo's magnificent harmonies vocals adorned only by churchy reed organ and Lee Cuff on cello, providing the dying fall, the perfect end to a masterful album that fully sets the duo amid the brightest stars in the folk firmament.