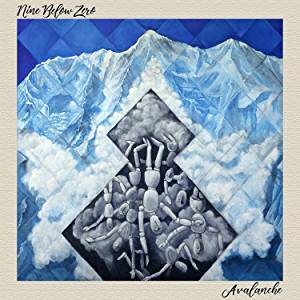 
One of the hardest-working R&B bands are back with a bang. Three years after their last record, this latest outing sees them with their most expansive line-up yet, featuring brass arrangements, keyboards and backing vocals.

Unveiled at Glastonbury in 2016, this is the first time this line-up has recorded together and the results are impressive.

The classic R&B sound that gave us songs such 11+11 has been expanded to give us a real flavour of the band's great live shows.

It's great to hear one of the band's founding members, the wonderful Mark Feltham on harmonica, stamping his mark all over this recording. He is such an expressive musician and provides many of the album's highlights.

Singer Charlie Austen is given two tracks - Ter Wit Wer Woo (written with Glenn Tilbrook of Squeeze) and the the amazing Recycle Me. Her smooth effortless vocals add a touch of class to the album.

Dennis Greaves, the main songwriter, is in fine form covering subjects as diverse as austerity (Austerity Blues) to social media luvvies (the storming opener I Wanna Be A Wannabe).

The sound is full and fresh with some neat guitar work and some soulful grooves such as on the instrumental Hey Siri.

For fans of the band's earlier work need not worry however, they will love the driving Breadhead, but in truth there is so much to enjoy on this album and I for one with trying to catch the band on their current 40th anniversary tour.

Riding On The L&N