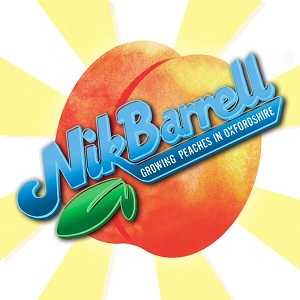 
Growing Peaches in Oxfordshire is a album which aims to just do one thing, bring some happiness to the listener. It aims to be a light in a dark world. Does it do this – well yes it does. I found it to be light, fun and catchy – it makes me smile ever time I listen to it. So yes I think it has met its aim.

The first track reminds us that money is not the answer and that a ‘Heart of Money is a Heart of Stone'. its time to forget the material world and chill!! Track 3, 'Her and I', has a real Everly Brothers feel – warm and laid back. The title track 'Growing Peaches in Oxfordshire' evokes images of warm sunny summer days. 'Thank You' is a list song with a jazz feel. Track 7 is a New Orleans blues influenced song about that great city of music. This is followed by 'Things We Do Not Know' and finally 'People are Good' a message that encapsulates a lot of what this album is about.

Nik Barrell is a Brighton based singer songwriter who grew up in West London and is was clearly steeped in the musical traditions of Rock’n’ Roll, the Blues and R&B. The songs show a clear influence of the likes of Buddy Holly, The Beach Boys and New Orleans Blues. The album was recorded in a single session with no studio retakes, which gives it a warm nostalgia and energy that is really genuine.

A great album for winters evenings by the fire or chilled summer afternoon sitting in the sunshine with a beer.