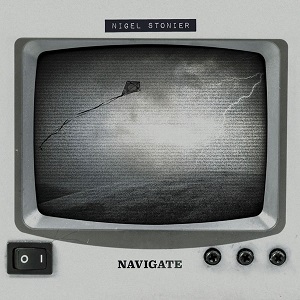 
An atypically swift follow-up to 2017's Love and Work, the latest from the well-reputed producer's ventures on the other side of the control room glass reinforces his ability to pen catchy, radio-friendly, hooks-loaded melodies laced with barbed commentary.

The opening track, 'Bad Dancers of a Certain Age', is an immediate case in point, a swipe at a contemporary music business where singers have become simply easy to shape and market company avatars with a backroom army of co-writers, producers and product managers to bolster what is often meagre talent. Mentioning no names, he's said the composite figure in the lyrics was inspired by a well-known big hitter who doesn't actually write the songs he's credited for ("He's got a a hired hand from a half forgotten indie band/To squeeze his pain into a decent chorus") and the track is both a pastiche of and comment on that calculated infectiousness designed to appeal to "Martini woman, journeyman/The self-appointed also ran/And the girl with no attention span/And the bad dancers of a certain age."

Featuring Liz Hanks on cello, Robbie McIntosh on guitar and, as throughout, vocal backing by Thea Gilmore, the title track follows, underscoring the message that, he says, is about finding ways through rather than giving up. Driven by keyboards and a metronomic drum beat, it has a moodiness redolent of Dire Straits, Eurythmics and Chris Rea as he talks of swimming against the tide of greed, surveillance, corruption, tyranny and indifference, conjuring George Orwell as he sings "love a little, even if you love in vain", before ending on a write self-mocking note with "I'm glad you wrote a song about it/Play it for us if you must."

Namechecking favourite albums by The Replacements, Low and Joni Mitchell and set to a scampering rhythm, acoustic guitar frills, and Hanks again on cello, the pop-folksy flavoured Me With You is about who you are behind the mask you present to others:

Striking a timely note (including a reference to the vilification of Roseanne Barr), the electro pop 'What Could Possibly Go Wrong?' is a response to Brexit and the dangerous and divisive social and political attitudes it has spawned on both sides of the divide, the ostensibly positive notes of the lyric undercut by the title line.

Accompanied by James Hallewell on organ, 'Safe Place' is the first of the ballads, a song of support written for a friend going through a bad time, then it's back to politics for 'Whadupp Quockerwodger (Showrunner's Blues)', a bluesy shuffle about, as he puts it, the "Shadow power, super quangos, hedge funds, ex-government advisors with new jobs and opaque remits", the real power behind the throne of those ruling from their ivory towers, those who will "do the rewrite/Right in front of your eyes/With a secret handshake/And a word to the wise."

Another musically upbeat track, taken at a loping pace with Jimmy Forres on spiky guitar and Megan Lee on backing, 'One Of The Good Guys' is a nod to friendship and someone who is never more or less than what they appear, apparently one lines changed to spare the blushes of the person in question.

Taking the pace back down, recorded live on the guitar he was given when he was 15, 'When It Gets Cold' is a spare, simple strum, a poignant, wistful reflection on the passing of both time and of a friend ("This was your season, your time of year/The world was warmer when you were here") and the acceptance of mortality and the time we have as he ends with "When it gets cold I keep these things/I count the days and count the blessings/Mine to have, not to hold."

The death of friends also informs 'The Strange Untried', the title a reference to a line in Herman Melville's Moby Dick, which featuring harmonica and Susannah Simmons on violin, is, in "Be at a peace with all you've found/Claim your space and go your way", both a farewell and a blessing.

Joined by regular live Gilmore collaborator Fluff on recorder, its ends on the violin-soloing, Celtic-shaded slow march sway of "Red Letter Life" which, spurred by having been witness to a bar room argument and namechecking both Sam Cooke and Lao Tzu, is a lyrically hymnal personal reflection on his own flaws, failures and good fortunes. He sings about gathering his own mistakes, of being grounded by a wife and children that love him, and of transcending those who have "hijacked the high ground/Let loose the madmen and cracked up the fear", the album closing with the call to "build your own front line/Keep faith in the good souls, hold onto those dear." His finest album to date, it's a compass to which you should set your own true north.

Bad Dancers Of A Certain Age