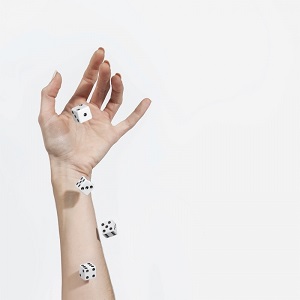 
A native of Asbury Park, the piano notes opening 'AM Gold' set the mood and temporal reference point as the song unfolds its soulful colours as she sings "Oh life!It's getting' harder every day/Prayin' for dry land in New Orleans/Prayin' for rain in L.A." while the band, which includes Jim Sclavunos and David "Moose" Sherman from The Bad Seeds, The Dap-Kings' Binky Griptite and Midlake drummer McKenzie Smith alongside the legendary Muscle Shoals Rhythm Section's Spooner Oldham and David Hood on keys and bass, lay own a cool, slow burn funky groove on a call to return to better times while, "stranded in the garbage of Eden/We're starvin' what we should've been feedin'".

The intimate funk continues with the backbeat rhythm 'Mind Eraser' laced with more electric psychedelic and reverb colours on a number about addiction ("When you spend time in a lion's cage/You never go, you never go to sleep again… There is nothing like it!/Till you do it all again") turning to electro undercurrent on 'Domino' with its burbling bassline and a groove that conjures Sister Sledge.

It's not all R&B styled, however, 'Captain', a love song for her husband dueted with Spoon's Britt Daniel, is a lush sway that harks to classic Brill Building balladry while, featuring vocals from Seth Avett, John Paul White and Erin Rae, 'Never Going Home Again' is a lazing Southern folksy number that calls to mind a cross between Bobbie Gentry and Nilsson's 'Coconut', a sleazed tale from the road about waking up "feeling half dead in a Hello Kitty bed/In Youngtown, Ohio/Watched a mini fan explode" and having "landed on the blacklist of a couple journalists".

Then there's 'St. Dymphna' which, building a 50s sonic crescendo that's part Spector, part 'Time Is On My Side', nods to her time in rehab, the title referencing the Catholic patron saint of mental illness and epilepsy as she sings "I'd rather die than go out of my mind!/I left you a message when will you call me back?"

There's one cover here, a nervy repeated piano anchoring Carole King's 'A Road To Nowhere' as the track adopts a slow soulful sway, things winding down with the strings enrobed, tumbling chords, Spectorised 50s girl pop of break-up ballad 'These Old Roses' and, in recovery mode ("You tried your best/To knock me down/But someone came along, and built me up again") finally, hitting the saloon piano for the lurch along, arms waving, beer spilling ' In The Splinters'.

Soulful, assured, full of flavour, cool and often decidedly sexy, order a big scoop with a cherry on the top.

A Road To Nowhere