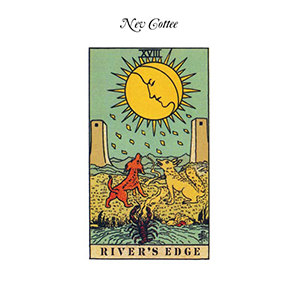 
With a baritone so low it almost belongs to another dimension, Nev Cottee's vocals on this fourth album must have been mined as much as recorded. Imagine Tom Waits soaked in porter instead of bourbon and sucking on Woodbines instead of Havanas and you'll be set fair for a thoroughly Anglican reel around the fountain.

Built on such solid foundations its ten tracks range in grace and flavour from the sparse instrumentation of the opening Nightingale to the controlled sonic boom of Hello Stranger. Roses is a cinematic tale of fated fortune but more Powell and Pressburger than Terence Mallick, a duet with the mysterious Veronica who Cottee found in the back streets of Madrid, playing Nancy Sinatra to his Lee Hazlewood. It's gripping stuff, compelling and comes with an ace up its sleeve.

Elsewhere, Local Hero is a classic small town tale that owes as much to Ray Davies as Neil Young without sounding like either; The Hollywood Sign takes a skewed view of an American icon and Scattered Leaves channels a blue note pastoral melancholia that stirs the soul.

The beautifully realised, string-led aural settings are delivered by Wilco/Lambchop/Edwyn Collins producer/arranger Mason Neely while guest players include The Verve's Nick McCabe and James Walbourne from The Pretenders on guitars and CJ Hillman on pedal steel. More Chorlton Brook than Laurel Canyon, together they conjure a mythical place where reason and reality are but passing phases in a tranquil carnival of the mind - the river's edge - a vision that's perfectly encapsulated in the title track.'Eee….