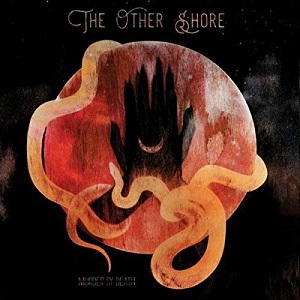 
Alt-country rock meets concept album for the Kentucky quintet's eighth album, flagged up as a "space western about a ravaged Earth, its fleeing populace and a relationship in jeopardy". If this conjures the dread spectre of an Americana Yes, stay with it.

It opens in fine fettle with the rhythmically swaying five minute 'Alas', Sarah Balliet's cello and Dagan Thogerson's muscular drums underpinning a lyric about the call of the open road, or cosmos in this case, and reluctantly abandoning a relationship, Adam Turla's raspy vocal catching the emotional tug. From here 'Chasing Ghosts', banjo bubbling in the background, kicks the tempo up a notch with a similar lyric about a driving compulsion while 'True Dark' lurches into propulsive drums aided and abetted by bass, swirling organ and cello. On then to the equally driving Midwestern gothic punk of 'Stone' with its mariachi-like trumpet and cello duet before the twinkling star mandolin arrangement and cello of 'Travelin' Far' announces the first of the ballads. The mood remains restrained and moody for the forlorn waltzing 'Only Time 'where Nick Cave meets Leonard Cohen, Balliet again underscoring the song's emotional darkness.

The pizzicato rhythm and echoey vocals of 'Space' continues the apocalyptic tone before the band take off into a different trajectory with The Cure-like new wave of 'Bloom' with its chiming guitar lines, organ swirls and cascading melody lines. From here another comparisons looms large, 'I Have Arrived' sounding ascloseasthis to Cockney Rebel's 'Come Up See Me (Make Me Smile)', right down to Tula's phrasings, the keyboard runs and that signature brief pause.

The gravity-free floaty feel of 'New Old City' is another venture into the meteor trails of 90s indie-punk and synth pop before it all comes to a near six-minute head with 'Last Night On Earth', a semi-spoken, cello enrobed widescreen Nick Cave-influenced cabaret-waltz reflection on a planet in its death throes as Tula sings of "skyscrapers fall to the ground, children lost in the rubble and never found" sings of "power, corruption and fools", the track itself finally breaking apart into musical fragments, the lament haunted by a lone last post trumpet.

You don't have to buy a ticket for the portentous narrative journey, but you really should strap in and admire the boosters that carry it on its way.