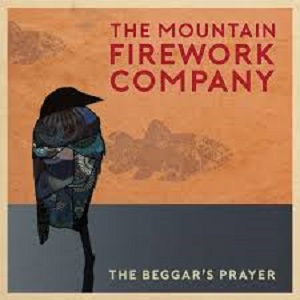 
Comprising songwriter Gareth McGahan on guitar and banjo, mandolin and strings man Michael Simmonds, guitarist Brian Powell, Simon Russell on double bass and autoharp and drummer Grant Allardyce, the Brighton-based Anglo-Irish acoustic quintet have been termed Celtic bedsit bluegrass. In which case you should retire to your mountain cabin with a bottle of the best and soak up their 14-track fourth album.

It opens in upbeat form with the chugging 'Like A Fire', McGahan's Belfast brogue and Simmonds' violin carrying it along into the old time busking stomp blues feel of 'Spare Change', a lament about barely getting by, a brief fiddle and guitar instrumental, 'The Fish and the Crow' providing the bridge into 'Refugee', the downbeat lyrics at odds with a bouncy tune that carries shades of Irish country music. The latter's even more prominent on 'At The Golden Gate', a classic Irish dreamy swayalong about heaven and mothers that cheekily steals a refrain from Robin Williamson's Big Ted, the interpolation from a song about a passed on porker emblematic of the band's idiosyncratic playfulness

Indeed, the album's recurring themes of mortality, regret, loneliness and, ahem, existential angst often come with breezier musical settings, 'The Gravedigger's Lament' being, for example, a lurching string band blues, 'If Only', a tale of screwing up relationships romping along as a bluegrass fiddle and banjo leg slapper, and 'The Beggar's Prayer' nostalgically harking to 30s country acts like The Allen Brothers and Uncle Dave Macon.

Such retro influences can also be clearly heard on numbers like 'Hello Stranger,' the train wheels rhythm of 'A Long Time Ago' and the slow march waltztime 'Come Back' featuring Bernd Rest on lap steel, the album closing on the near six-minute mid-tempo bluesy lope of 'One More Time' featuring Joel Turk on hurdy gurdy.

Looking to honour rather than progress the influences that inform their music, this might not light up the sky with a Thunder Bolt or whatever, but there's more than enough sparkle in their roman candles to warrant a satisfied ooooh.