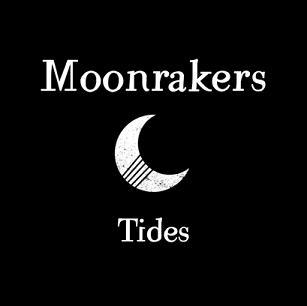 
It transpires from the accompanying press release that a band named Moonrakers has been around for almost 20 years, entertaining the good folks of its native Oxfordshire with gently uplifting, sensitively crafted songs and tunes. Even more surprising, then, that this is my first encounter with their music. Perhaps slightly confusingly, the word moonraker is commonly applied to a native of Wiltshire, a bit of a fool perhaps, who tried to rake the golden reflection of the moon from a pond believing it to be cheese… No such tomfoolery or misguidedness about the music of this band however, which is always deliberately carefully managed, if perhaps a touch light-headed. Moonrakers’ instrumental complement consists predominantly of light, bright, sparkling timbres; prominence is given to Celtic harp, bouzouki and five-string fiddle, with guitar and concertina and very occasional light percussion input from bodhrán or cajon on one of the disc’s tune-sets. I apologise for using the word “light” several times within the past couple of sentences – but it’s unavoidably descriptive and not meant to be any indication of a lack of depth in the band’s music. There’s also a certain impression of old-fashioned (early-70s) ephemerality, a delicacy of expression that may sometimes seem a touch precious, in which respect (especially in Jon’s singing) it can recall Magna Carta or folk-pastoralists like Amazing Blondel (though again I don’t mean this comment to be taken pejoratively).

This latest incarnation of Moonrakers boasts a different lineup from those which had recorded the band’s (four) earlier albums, with only original member Jon Bennett staying the course into the present day. Fiddle player Liz van Santen has been in the band since 2007, but the remaining two members – singer and guitarist Sarah Fell and harpist Eleanor Dunsdon – joined as recently as 2016. Together they make a finely graded, well balanced team, and the material they perform is attractive and unchallenging, easy on the ear, and yet not without a certain depth. And there I go again, using the same words over again. For there is at times an inescapable contradiction where the band’s elegance and their thoroughly likeable arrangements don’t quite project the full force of their evident enthusiasm and commitment.

Around half of the album – four songs and two instrumentals – consists of treatments of traditional sources. These meet with mixed fortunes: for instance, a particularly appealing take on the Francis McPeake-attributed Wild Mountain Thyme is followed by a brisk and efficient a cappella rendition of the Copper Family classic Thousands Or More that on first acquaintance feels decidedly rushed, even unfeeling – but strangely I warmed to it, as I did to much of the rest of the disc, much against initial impressions. Even after closer acquaintance, I was (unaccountably) less sure about Jon’s own compositions – of which there are four (two songs and two tunes), but I really liked Sarah’s song Merrie Dancers, an ode to the Northern Lights seen on Orkney. The remaining items on the disc are a tune by Catriona McKay (Swan LK243) that provided the catalyst for Eleanor to learn the harp at age nine, and (perhaps its most unexpected choice) an appealingly harmonised cover of Leadbelly’s Kisses Sweeter Than Wine.

The album’s title is thoughtfully chosen – it “depicts change but also something constant that draws on recurring energy”, but somehow the constant feel is proficient rather than passionate. I ended up liking Moonrakers, but sometimes over the course of this 46-minute album I found myself wishing for a little more in the way of animation and thrust, but then I settled back to realise that power-folk ain’t what Moonrakers are about. And talking of old-fashioned values and virtues, the simple but effective monochrome-based artwork (by Jenny Jones) and enclosed neatly managed booklet score points in the band’s favour in this age of uninformative presentation.