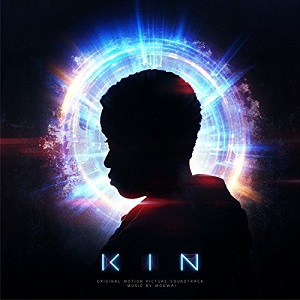 
Glasgow's post-rock grand hommes follow up their telling documentary soundtracks Zidane, Before the Flood and Atomic, with their first feature film score. As expected it's a belter, perhaps closer in feel to their work on French TV series Les Revenants than last year's arena breakthrough set Every Country's Sun, but no less considered, artful and downright classy for it.

As befits the James Franco-starring sci-fi crime thriller it accompanies, mood and moment are evoked in majestic minor key, sotte voce to stir the senses then building out of the shadows to tackle the stars. It's no surprise to find careful piano melodies are the order of the day given the purpose of the music - heavy on atmosphere, lots of repetitive themes to conjure with as a general sense of disquiet is swiftly established and kept simmering throughout. Donuts is an expansive excursion into the sonic hinterland while Flee leans heavily on neon rhythms and the icy allure of Funeral Pyre more than justifies the title. So far so restrained, but the title track, on the other hand, is a furious storm of rage and angst that will take Mogwai devotees right back to where they came in.

All of which makes the arrival of the end title theme, We're Not Done, something of a relief. For a start there are lyrics and a story of conquering fear and doubt is cloaked in a surprisingly poppy production gloss that arrives like a classic noir sting-in-the-tail. You want drama? It's here in spades.