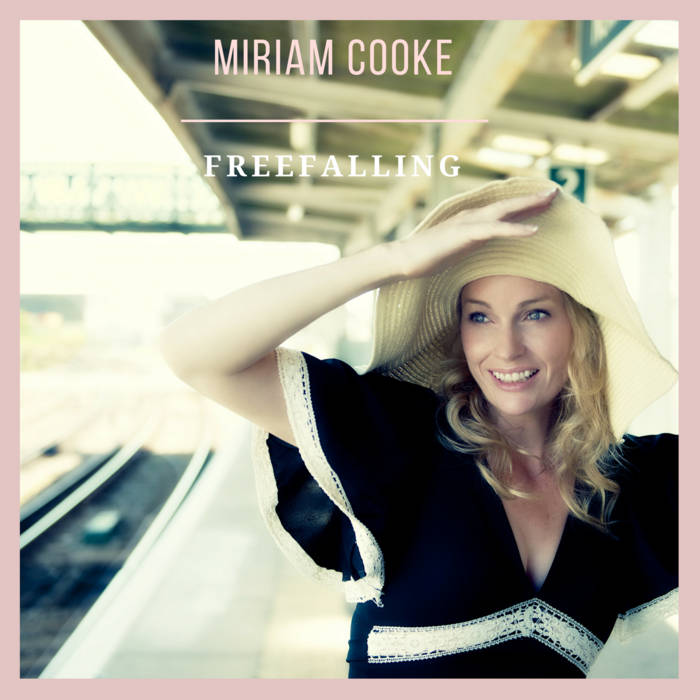 
As well as a musician and songwriter, former fashion model Miriam’s a highly qualified archaeologist – and she also has a healthy profile as broadcaster and presenter for the BBC and C4 (amongst other channels) and BBC World Service. She grew up in a farming community in Ireland, and has always harboured a strong interest in history, folklore and the countryside and a love of travel; all of these facets combine in her music, which possesses an open-air, freewheeling, nomadic kind of feel. Instruments used include Miriam’s own guitar, plus flute, violin, cello, banjo, harp and dulcimer – but I can’t tell you who else plays on the album, unless it’s all at the hands of the album’s co-producer, multi-instrumentalist Nick Pynn (frustratingly, the disc came with a bare minimum of information – all too typical nowadays when labels can’t be bothered to supply reviewers with important information such as performance credits, let alone a proper finished physical product).

Freefalling is described as “Miriam’s brand new album”, which rather implies the existence of earlier albums, but her website is curiously devoid of mention of any previous work so I’m sorry I can’t enlighten you further. But back to what Freefalling is – it’s an album with plenty of character. It’s one of those tuneful, catchy, whimsical, slightly quirky-indie acoustic-folk-pop confections that proves deceptively sweet-toned and accessible and exquisite (and it might occasionally also seem a tad precious), yet often also elicits emotions and physical responses that confirm the existence of the darker side of things. The title song is a good example of this, with its gentle vocal and rippling acoustic guitar and banjo providing a restless backdrop for Miriam’s not-entirely-positive ruminations on what might be called “social unniceties”.

Miriam’s determination and resolve come to the fore on Raise Your Hands, continuing the theme begun on Picking The Roses which seems to encourage fresh-air freedom, animation and movement, imparting that “sudden urge to dance” with its edgy waltzery. There’s tension too, behind the upbeat optimism, and a sanguine acceptance of an almost inevitable failure (Hello My Friend); then again, though, the plaintive and tender entreaty Bring Me With You runs counter to acceptance. Finally, the more personal advice and experience is left behind for third-person storytelling on closing track The Sea. Maybe not every song here strikes comparable emotional gold, I’ll admit, but there’s more than enough to convince me that we’ve not heard the last of Miriam by any means.

Bring Me With You