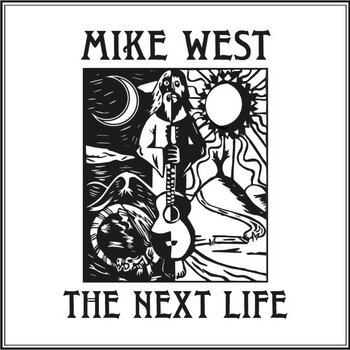 
Mike West is an Alt Country artist from the interestingly-named Rock Ferry, Wirral in the North West of England. He's gathered a fair amount of critical acclaim for the variety and quality of his writing and his "guttural growl."

I would certainly agree about the writing. My first thought was that American alt-country bands like Low Lily could make pretty good use of this kind of material. The lyrics are strong and tightly-written, and the melodies and rhythms lock them up into fine songs.

But my musician's brain kept hearing these with fiddle, banjo and close, clearly-sung harmonies - and that last one is my primary point of issue with this recording. The voice. That "guttural growl" just sounds forced to me, and out of sync with the emotional and musical content of the material.

To be frank, I found it an irritating distraction from the songs, and ended up, as I got farther into the album, in "ready to wince" mode in anticipation of the point when the "growl" would manifest itself. It's as if he's trying to force himself into a kind of Tom Waits/Nick Cave vocal chimaera and, for me at least, it just doesn't work.

Of the songs on display, the title track, Work On, and Father to Son were standouts, but, really, all the songs were well-crafted. Mike West can certainly write excellent songs. I just wish he'd cut out the "growling" and get someone to sing harmonies.

If he'd done that with this one, I'd have given him a hands down, rave review. This is a very talented guy who really needs to rethink how he presents his material.