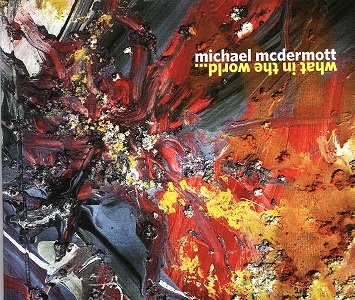 
The first thing to say about Michael McDermott is that he is a survivor. He was once described by author Stephen King as "possibly the greatest undiscovered rock and roll talent of the last twenty years." High praise indeed. His early career was played out at a supersonic speed and success came very early to him.

His first album was released in 1991 and featured Bruce Hornsby on piano. Other albums were produced before it all became a bit much for him and, to use his own words, "I crawled into a bottle and pulled the cork over my head." Described as the next Springsteen he was washed up at 24. Jail and rehab followed before turning his life around again. He has not touched a drink for six years. Take the time to read his story and you will see why I call him a survivor.

So now we find ourselves in 2020 and a brand new album from this man who has so much to offer the music world. A mix of rock and Americana, his vocals are gritty and his guitar playing is both dynamic and skilful. His lyrics offer a window into his life and the words of "Contender" are a poignant reminder of what he could have achieved and might still.

All of the 12 tracks on the album are worth a serious listen and the title track has two different versions. The opening track is the studio version and the final track is the demo version. This is a great example of how a song is developed and produced.

For me, the two outstanding songs on here are "Blue Eyed Barmaid" and "The Veils Of Veronica." Both of these take Michael away from his rock roots and show a soft and thoughtful side to him. His guitar playing throughout is quite superb and the sadness and gritty nature of his voice is perfectly suited to these tracks. The latter track in particular shows why he was once compared to Springsteen.

Musically, this is a wonderful album even if some of the lyrics are gut wrenchingly sad as the singer pours out his heart to the listener. It is doubtful whether Michael could have written these songs without living the life he has with its ups and downs. Having done so, the end result is an inspirational musical journey examining how cruel life can be but that with the will, anyone can survive. Michael certainly has.