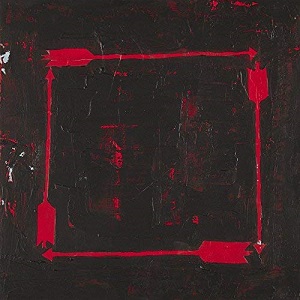 Micah P. Hinson and the Musicians of the Apocalypse
Album: When I Shoot At You With Arrows, I Will Shoot To Destroy You
Label: Full Time Hobby
Tracks: 7
Website: http://www.micahphinson.com


As anyone who's come across the gravel-voiced Texan singer-songwriter before will know, you do not go to Hinson for lighthearted, sing along ditties. At least the name of his band and the title of his latest album, the follow-up to last year's conceptual The Holy Strangers, means that forewarned is forearmed.

Recorded live somewhere in East Texas over the space of 24 hours with 24 unidentified musicians inspired by the statues of 24 unknown musicians at the cathedral of Santiago de Compostela in Spain, it's a goth-dark, brooding work about the end times drawn from the singer's turbulent soul.

Disappointingly, the promo CD affords no lyrics, but the titles are pretty unambiguous in terms of the content, opening with those concerned seemingly wandering in and tuning up before launching into the slow march tempo of the six-minute 'I Am Looking For The Truth, Not A Knife in the Back', all shimmering chimes and percussive hiss with Hinson in weariedly tender mode as he sings "that wishing well won't stop the spell of sorrow" and how "the earth will shake".

Its dark beauty gives way to the more uptempo and vaguely Texicana-flavoured shuffle 'The Sleep Of The Damned', all snares, whirling keys, guitars and echoed vocals, a musical energy that also drives along the grungier and dramatic flourishes of Small Spaces as he sings somewhat enigmatically "don't fit my God into smaller spaces where he won't know my shame or the way to heaven" building to an almost cineoperatic climax.

Sandwiched in-between you get the spare, acoustic strum of the introspective, questioning 'Fuck Your Wisdom' as, in a creaking baritone, he asks "where are my rights and where are my wrongs…and where are the things that don't belong", concluding "Why should I care if I don't belong?" This is followed, in turn, by the near seven-minute slow blues lurch title track with its double-tracked slow crawl vocals framed in another wash of shimmering guitars and keys. Although it's the penultimate track, the gently acoustic romantic love and wishing wells campfire strum of 'My Blood Will Call Out To You From the Ground' is essentially the final song, the album's nine minute closer 'The Skulls of Christ' being a collage of voice samples cast on an instrumental sea of otherworldly sonic flotsam and jetsam with soaring abrasive guitars and feedback conjuring both the serenity and chaos of the end times before it returns from the cavernous void for a massed choir, uplifting and anthemic even if what they're singing is never truly discernible. It'll leave you all a quiver.

Sleep Of The Damned