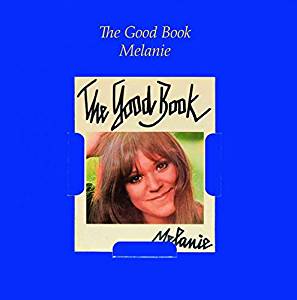 
Her second and final UK Top 10 hit, reaching #9 in 1971 (but only #80 in America), this was her fifth studio album (her second that year, after the live 'Leftover Wine') and her last release for Buddah., its success here undoubtedly down to the fact that 'What Have They Done To My Song Ma' had, while only peaking at 39, saturated the airwaves just a couple of months earlier. Arguably the strongest of her Buddah albums, as with the previous 'Candles In The Rain' it mixed Safka originals with choice covers given her distinctive vocal treatment. There's three non-originals here, a banjo-accompanied bluegrass-tinged version of Dylan's 'Sign In The Window', her gently aching, melancholic five minute take on Judy Collins' 'My Father' with its woodwinds and corovox and, quite frankly, the definitive cover of Phil Ochs' 'Chords of Fame'.

The Woodstock sensibilities of 'Babe Rainbow' make it a gold standard among fans while the best known of her own numbers here will be 'Nickel Song', though, calling to mind Buffy Sainte-Marie, I'd place the anthemic title track, a call for the love and peace generation to have both understanding and direction, among her finest work. Elsewhere there's the soaringly powerful quiet-loud 'The Saddest Thing', her bluesy lope 'You Can Go Fishin'', 'The Prize', an attack on record label Svengalis, and the defiant six minute 'Birthday of the Sun', not to forget 'Isn't It A Pity', a 34 second handclap accompanied burst of giggling studio playfulness.