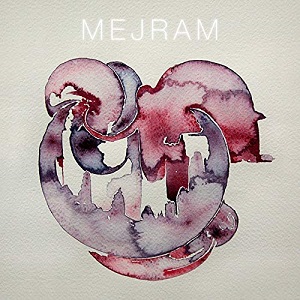 
Based in the small village of Siljansnäs, Dalecarlia, Kakafon is a label dedicated to releasing folk music in a variety of forms, vocals and instrumental, traditional and innovative, by Swedish born or based artists. Jonatan Hansson (guitars/drums), Amanda Frisk (mandolin/piano), Marcus Fenn (bouzouki/double bass) and Gabriella Josefsson (violin) met as students at the Academy of Music and Drama in Gothenburg and this is their debut album, all four providing vocals, though it's the girls who sing lead and write the material.

The Americana influence is evident from the start with 'Vogue', a quietly rippling mandolin intro preceding the harmonised vocals before the violin puts in an appearance and the tune swells towards the fade. It's followed by the equally light and airy 'Erase You', a number likely to see First Aid Kit comparisons, and the jaunty mandolin and violin folksy bounce of 'The Turn'

'Det är du som håller kva' ('You are the one who agrees') is the first of four numbers sung in Swedish; there's no translation so I can't say what it's about, but taken at a slow swaying pace Josefsson's violin figures prominently, and is in turn followed by the more spare and lugubrious 'Se Mig' ('Look At Me') featuring cello, violin and octave violin, and, accompanied by minimal mandolin, drums and, again soaring violin, 'Skakningar' ('Shakes'). The fourth is 'Kallar Du' (translated as 'Do You Call'), a largely unaccompanied harmonised intro giving way to a striding drum beat and violin of anthemic persuasion. There's one final Swedish title, the album ending with the mandolin, violin and bouzouki coloured instrumental 'Så innerligt' ('So Heartfelt') with its folksy evocation of Appalachian pines.

The other two numbers are both in English, first up being album stand-out 'Heavy Rain' a wearied waltztime words of romantic wisdom number as they sing "I can hardly be friends with your heartache/I'm not saying it's all been in vain/But if you're expecting that love's like an earthquake/You might miss out on some heavy rain". The other, at just over six-minutes and opening with a repeated single piano note and background strings, is the inspirational, gatheringly anthemic song of hope 'Heidi'. The band's name translated as Marjoram, an aromatic, sweet and subtle herb, and it's well worth your thyme.

Fade In The Morning Light