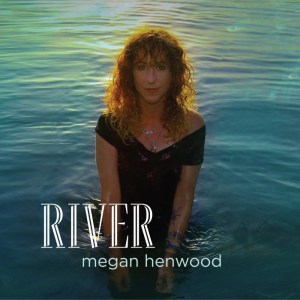 
After a gap of two years, Megan Henwood’s third album recently arrived on my desk for review. I reviewed the previous one, “Head Heart Hand” and absolutely loved it. Having started to listen to the latest offering, I knew that after just one listen that I would be equally as enamoured with “River” as the last one. After a few listens now, I am most certainly not disappointed.

Megan is an interesting vocalist. The opening track “Join The Dots” has more than a touch of Kate Bush’s “Running Up That Hill” about it and is a superb introduction and window into this accomplished musician and composer. Vocally, Megan’s voice has a rather ethereal quality to it at times which perfectly suits the mood of her music.

Musically the tracks on the album are a mix of roots, folk and a touch of jazz. Megan won the BBC Young Folk Award in 2009 and then performed at Glastonbury in 2010. Despite this, she has not yet arguably received the notoriety and recognition that her music deserves, but I think this album may just turn the tide for her. It is delightfully gentle in parts with some real quality backing on both guitar and piano. “Apples” is a beautifully understated song with a mix of guitar and cello. Listen to the lyrics too which are both clever and poignant. Each track contains something different and at times quite unexpected. “Fresh Water” includes a beautiful trumpet solo, an instrument not often used or heard these days in modern music but which works sublimely here.

Megan describes herself as a bit of a “full blown gypsy” having travelled extensively throughout Europe and Asia in a camper van. These experiences have helped to mould her both as a musician and a lyricist. All the songs on River have been written by Megan.

“River” took just one month to record but never feels rushed as the pace of Megan’s music is so relaxed. Fairly unusually for me, there is not one track on here that I feel the need to move on from before the ending. That in itself is a tribute to the quality on offer here. The final track “L’appel du vide” meaning “The call of the void” is a phrase which is used to describe the instinctive urge to jump from high places. I never felt like jumping away from this delightful album.

In my previous review I wrote “I sincerely hope that Megan receives the accolades and exposure that her talent deserves. She has produced an album of rich sounds, subtle music and some wonderful lyrics.” Megan has again hit the right notes for me with “River” and my previous comments perfectly describe this beautiful new album.