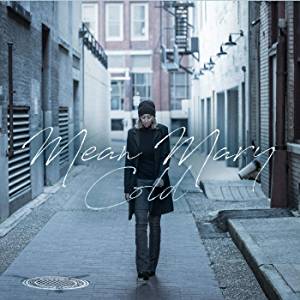 
There's a mesmerising quality to Mean Mary's voice. Mary James' story is little short of miraculous. To recover from a serious car accident that broke her body and damaged her right vocal chord then to produce an album as good as this is a large part of the miracle. Her voice had all but gone but "she had worked it back to life". I would encourage anyone to read the bio on Mean Mary's website. It's an inspiring story that shows we all have the ability to climb out of the depths of adversity, in music and more generally in life. And music has been her life.

And so to the album. Self-produced, with seven tracks co-written by her award-winning writer mother Jean James, it opens with "I Fell Into The Night" with its almost Romany atmosphere. It is a beautiful song, sensitively backed by Mean Mary's trademark banjo and delivering a chorus that will stay with you as you listen to the rest of this fine work, and probably beyond. There's a Marlene Dietrich feel about the mood of this song. "I fell into the night, so far from the light" could indeed describe James' own story.

"Rainy Day" initially presents more of a conventional country sound, with James' voice demonstrating its range of power and grace, and her banjo adding an earthy texture to the chorus. Then it's back to the Romany sound for "Dark Woods", which accelerates with some sublime banjo playing. There is enchantment about this song.

At more than 8 minutes long, I wasn't altogether sure that the title track "Cold (House By The Sea)" would work, partly because of its slower pace. But lyrically and vocally this is something of a masterpiece. It is highly descriptive in its melancholy, and tugs at your emotions to the point of compelling you to give her a big hug.

"Snow Falling" continues the minimalist mood, further enhanced by a beautiful long fadeout. "Sad November Breeze" is a sparse song that seems the perfect foil for Mean Mary's impassioned voice. The jazz-skiffle mood to "Friend I Never Had" lifts the pace of the album, and is liberally sprinkled with Grapelli-style fiddle breaks. Mary James is an accomplished multi-instrumentalist,

"Quoth The Mockingbird" provides us with a moment of virtuoso banjo in a song that is one of the album's highlights. "April In December" again shows an ease and adeptness to take on a traditional Country song. This is as close to pop as this album gets, with a sad yet beautifully descriptive song.

"Sparrow" is wonderfully accompanied by brother Frank James backing vocals (Frank also plays guitar on four tracks). The metering of the lyrics is at times similar to Dylan's "Shelter from The Storm" but this song is not remotely derivative, and for me is the stand out on the album, with all elements of this fine work coming together. "Forevermore" brings "Cold" to a close with a short Romany style instrumental piece that wraps up in the only way this album should - with Mean Mary's voice.

Anyone listening to this album will surely remark on the quality of the writing and the stunning, unique quality of the vocal. Very few singers have the ability to make every song sound wonderful, making the hairs on your neck stand up. Think of the velvety richness of June Tabor's voice, the perfection of Sandy Denny's, and you will find Mean Mary in that company, an achievement made more extraordinary by her recovery against the odds.