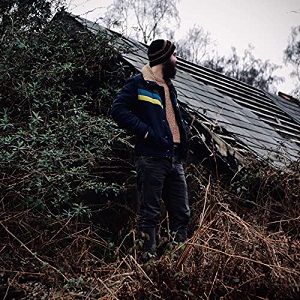 
Matthew Frederick, from the Rhondda valley, is both a solo artiste as well as fronting Climbing Trees. To date he has released five albums through different projects with "Fragments" being the latest and his first LP as a solo act. He has been described as one of Wales' finest singer songwriters and based on this album, that is not an exaggeration.

Matthew plays all the instruments on this album although he claims to see himself more as a pianist than a guitarist. Suffice to say that his guitar playing is both exemplary and imaginative. The music is a bit of a crossover Country/Folk mix which works superbly and suits Matthew's gentle voice to perfection. The single release, "Tell Me" has been featured by the BBC and Amazing Radio. Matthew has also performed with the BBC National Orchestra of Wales demonstrating how his music transcends traditional barriers.

Amongst the delightful vocals, Matthew has sneaked in two beautiful instrumentals. "Timelapse" and the title track "Fragments" both give Matthew the opportunity to show off his musical skills in addition to his songwriting ability. Both tracks are a sheer delight. The final track "Morning Smile" could just as easily have been titled Late Night Smile as it winds down the rather leisurely pace of the music to an almost stop leaving the listener in a delightfully calm mood. It did me anyway!

To date, three songs from the album have been issued as singles with two more to follow later in 2020. One of these, "Laura Jones" is a beautifully constructed song about teenage love and romance.

Reading some of the publicity material and looking at the photographs on the website, I did not expect Matthew to have such a gentle and sensitive voice. I hope he does not mind me saying but he looks more like a lumberjack than a singer/songwriter, but there is no doubt that he is the latter and an exceptionally good one at that.

Overall, this is an album of pure delight and is one that I am finding difficult to turn off such is the quality of the music on offer. If music pushes buttons, then this certainly pushes mine. Quite superb!!!!