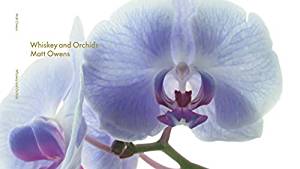 
Formerly part of Noah and the Whale and frontman for Little Mammoths, produced by Nigel Stonier, there's a certain wilful perversity to Owens's solo debut. For a start, one of the first releases of 2019, it features a swayalong track titled 'Christmas Eve' that's either a month too late or eleven too early, written at the end of 2016 and variously informed by Leonard Cohen's death, a TV comment about Britain being disparate and strumming some songs to a London pub full of drunks. Then, written a year later and featuring Robert Vincent on backing vocals, there was its lead-off single, another Christmas reflection, the airplay-resistant (even with a big chorus) 'One Fuck Of A Year'.

Things are rather radio-friendly with its second single, the lyrically optimistic strident pop-folk album opener 'Lay Down Honey' which, with Thea Gilmore on backing, has an anthemic feel akin to Amy Macdonald, following with the organ-led 'Little Tornado', a sort of soul folk Dylan love song written for his wife and baby daughter.

There's times when, unlikely as it may be, he seems to be channeling Meatoaf balladry, case in point being 'The Piano at The Greyhound', a dramatic storysong inspired by and about a knackered old joanna in a pub out on the West Coast of Ireland. Likewise the big keyboards and electric guitar solo balladry of the title track, a song about being stuck in a toxic relationship with the title referencing both the florist and the off-licence that offered life belts to keep afloat.

He also has a touch of the early Rod Stewart pub troubadour strut about him, as can be heard on the tumbling strummed chords and harmonica of bar-crawl inspired 'American Girls In London' featuring Carleigh Atkins on vocals. On the other hand, 'Too Far Gone', a driving shuffle beat number anchored in the temptations of a quick score for a strugggling musician kind of crosses paths with Ben Glover and John Mellencamp.

Striking a different musical note, the swampy rhythm and clattering percussion ‚'World Won't Wait' is the album's rock n roll blues boogie a number which, like the earlier acoustic guitar and piano 'Match Day' (with its piano echoes of Adele's 'Make You Feel My Love') is about not giving up on what you love regardless of the challenges and consequences.

It ends on the bone-weary Steinman meets Stereophonics piano ballad, 'Last Play of the Day', a blue collar hymnal tribute to his grandfather (and on which the album title line actually appears) that celebrates paying dues and doing what you need to do in a life of uncertainty. Sometimes, it's not about the winning, it's about not folding under the strain. This album finds Owens very much on his feet.