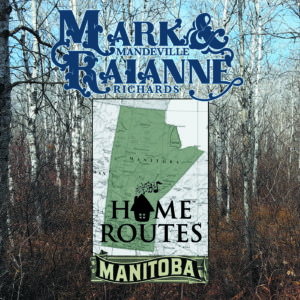 
'Home Routes' is a album consisting of live records from a Canadian tour of house concerts from this American duo.

Live albums can be very hit and miss, often capturing moments that are best left only shared between those at the performance and sometimes irrelevant banter that doesn't carry outside of the performance. Thankfully the duo have chosen a selection of songs from across the tour where they have selected material to construct the album.

Apart from the applause at the end of each track, this could be a studio album, thus showing the quality of the recording equipment used and the delivery of performance.

Scattered across the whole album are helpful lashings of pristine harmonies, intelligent lyrics and of that isn't enough, they manage to perform with several instruments, Guitar, Tin Whistle, Mandolin, Ukulele, Electric bass and more

Stand-out tracks 'Hang on to the Day', 'Hand I Hold' & 'It Won't be Written on My Grave' which the latter has a Gospel flavour showing further this duo's respect and knowledge of American Folk music.

There is an undeniable chemistry between these two musicians who live and breathe their traditions, so if your cup of tea is Americana, you'll be hard pressed to a more polished and approachable any time soon.