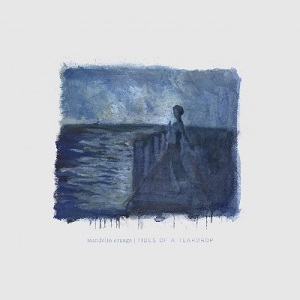 Tides Of A Teardrop is eloquent and with a central theme of recovering from loss (the death of Andrew Marlin's mother at a younger age). It also reflects on how he and his dad coped with despair before finding some peace. He has written these heartfelt songs on an unimaginably tough topic but they never drift into a maudlin place as he was prepared to "bring forth some happier memories now, to just remember her as a living being."

With Emily Frantz's ever-thoughtful and captivating violin floating across and behind the lyrics it is the cohesion that is striking, the telepathic undercurrent that envelops the North Carolina duo. With their touring band joining them in the studio the sound may be fuller but it is no less hypnotic, satisfying or appealing.

Mandolin Orange ease their words and melodies out in to the ether: nothing is forced, hurried or compromised. Quite the opposite as the ten songs here flow forwards, languid, yet purposeful, comfortable and quietly gripping.

Opening track, Golden Embers, sets the bar very high with heartfelt thoughts: "And in our time together, her memory will ever shine / like golden embers in the night." And the hauntingly, beautiful final song, Time We Made Time, will make listeners feel privileged, maybe even tearful, to be able to hear the sentiment: "It's time we made time to heal / But I know she'll be there / When I'm lonesome / To tell me just how I feel." Elsewhere, Like You Used To is spritely, almost playful with Frantz's vocals gently jolly while mandolin and electric guitar prove spot-on engaging - it is sparkling.

The sharp simplicity of bluegrass track, Suspended In Heaven, spotlights their togetherness, their unerring trick of being straightforward yet mesmerising, which is evident also on the slow-paced, Mother Deer where lyrics and melody melt then mould together enticingly. Lonely All The Time is all gilded and hushed, truly a country honky-tonker that makes you wish you were downing an ice-cold beer and tapping your boots on the bar foot rail, smiling in admiration.

Last year, Mandolin Orange sold out every single headline show in the US so that means no shortage of fans, including their following in the UK, more than pleased to make this one of their first record buys of 2019.