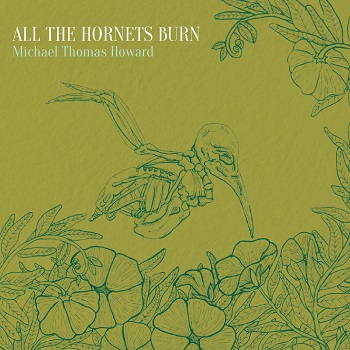 
When the summer ends and you realise it's time to pull your denim jacket on for the first time in a while, there is a melancholy feeling that washes over you, an understanding that the days will lengthen and tans will fade - that feeling is what Howard serves up, with startlingly beautiful album. A record that is blessed with a rare effect, the ability to lift one from the driver's seat, front room sofa or shackles of the office desk or factory floor and transport. You are with him, living in his moment from the opening bars.

I adore its stark, chilly, changing of the times feel, airy, sparse production bring whole ecosystems to your ears, for several weeks I have missed my turn, passed junctions I meant to take as I have driven listening to his delicious wistful acoustic story telling. It is full of pedigree, pulping Howard's obvious influences; Young, Dylan, Springsteen etc. along with that Laurel Canyon westcoast jangle. Imagine Jackson Browne or James Taylor making a record for the surf dude Jack Johnson generation and you'll catch his drift.

It's a live with record, one that's always going to be a record you'll pull from the rack, even in 10 years, sit and contemplate how you got where you're at; always feeling like it was just yesterday that you just heard it. It's a reference point album; one of those records that will give you a snap shot, a fixed point in time, a situation brought to the front of memory using Howards aural que every time you hear it. For people who consume music, eat it up and move on to the next thing, this is not a record for you - sit a while, turn the lights down, savour it, wallowing around in it with your headphones on.

Image the carpenter's hands, coarse, splintered and rough-hewn, yet the final product those hands produce is refined, classic, smooth and exquisitely built - there to stand the test of time - Howard is one such carpenter. He can charm you with a line, drawing from the stoniest heart a wry smile; "I love you because you're damaged", or "she smiles and keeps her tears behind her teeth", he has a real eye for a line. I adore the track "Chasing Rabbits", it singularly encapsulates what it is to be an artist and not to reach your wild unrealistic expectations of youth, to be ground down by middle age; yet like a former champion, come out swinging just one more time, a fight for former glory - to look back on youth. There is a lot of political comment in the record, and it's certainly relatable to this muso hack, but whichever way you lean Howard gives you a jab in the ribs to remind you to think, whatever it is you think, but to think never the less.

Fans of pre 'world music' Paul Simon will love his musical painting, often with just guitar and rudimental percussion - one trick pony period Simon - its downbeat, but not sad or depressing, more pulling the lense into focus of what is the everyday an rejoicing in it - like a Stephen Shore photograph. It's Americana of the highest calibre - and it's a pleasure to 'waste' your time pondering along with Howard.

The Road Is Home