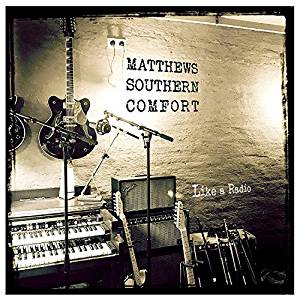 
Iain Matthews has been at the forefront of the music scene for over fifty years. He initially came to prominence in the mid to late 60's as the lead singer of Fairport Convention before leaving in 1969 to go solo which resulted in the production of an album called "Matthews' Southern Comfort." This was not as many people thought the name of his band, despite the album cover picture, but a vehicle for Iain to explore his musical imagination and which was backed and supported by former band mates from Fairport. After a short period of time he formed a genuine working band naming it quite simply by removing the apostrophe "s" from the title of his debut album. A man that believes in economy and is a master of longevity and transformation!

Whether Iain likes it or not, he will almost certainly always be remembered for his cover of Joni Mitchells "Woodstock" in 1970 which gave him and the band a massive hit. Listening back to that song now you can hear the influence on his current musical style which is still a mix of Americana and Folk/Pop. Forty years on from Woodstock Iain is still writing and producing great music.

I have been a fan of the type of music that MSC play for many years now and still regularly listen to the 1970 album "Later That Same Year" which I have on vinyl. I have to admit that for a period of time I thought that Iain had given up music and then the band appeared at our local theatre in 2011. I did speak to Iain and one of the band members that evening but I am sure neither will remember that. What struck me most at the time is how they had put a different spin on some of the early songs but that the quality, musicality and harmonies have all still been retained.

The latest album "Like A Radio" contains a number of new songs that have either been composed solely by Iain or, in some cases, written in collaboration with other songwriters including three of the new band members. Despite these new collaborations, what has not changed is the smooth quality of the music and Iain's voice.

Included in the track list are a couple of older songs recorded previously by MSC and composed by Carol King and James Taylor, respectively. The tracks, "To Love" and Something In The Way She Moves" have both been given a new approach but despite this both compare favourably with the sound and emotion of the original versions by the band.

Maintaining his folk influences, Iain has included a delightful version of the 1965 song "Darcy Farrow" which has been recorded by hundreds of artists possibly most notably by John Denver. MSC's version is right up there with the best of them!

I have to take exception to the lyrics on one of the tracks. The opening track on the album "The Thought Police" contains the lyrics "I am a simple man, I have no talent but I have faith in my direction." Really Iain. No talent? You have it in spades and your direction is just fine.

There is one track on the album that arguably best sums up Iain's approach to his music. "Chasing The Rainbows" is an ideal that Iain has been trying to accomplish musically for many years and on the basis of this new offering, I think it is fair to say he has found his rainbow. This is a beautifully crafted album from a superb musician and songwriter! Long may he continue to make his music.