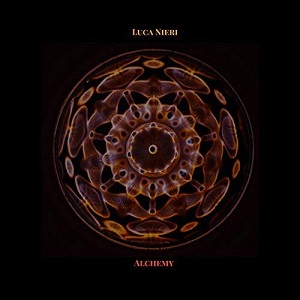 This is an enchanting, entrancing set of sounds to offset imagined landscapes, fantasy paintings, dreamed up movies and spectral television all expertly judged to intrigue, mesmerise, titillate and tease. None of the tracks have titles - no names, only numbers - and most sound like you should have heard them before. The only one that will be familiar is #4, a reboot of Michel Legrand's tune The Windmills of Your Mind used to soundtrack Norman Jewison's classic heist caper The Thomas Crown Affair in 1968, and as such sets the tone perfectly for the album. There are plenty of atmospherics as confident guitar riffs are draped in reverb and play out across epic stringscapes and intimate piano trills in a magesterial haze of sound sculpture that makes you want to start all over again the moment it stops.

Pay attention and you'll pick up the odd nod to Morricone, Roy Budd, Nino Rota or even Bruce Langhorne's often overlooked film score work, but perhaps the most rewarding approach is to do anything but pay attention. That way Nieri's fleet-footed skips between laid back Latin drills and basement beat group chills can help curate a feast of illusory images on the inside of your eyelids.

Alternatively, play loud while driving familiar routes and be amazed how skewed they become with this soundtrack.