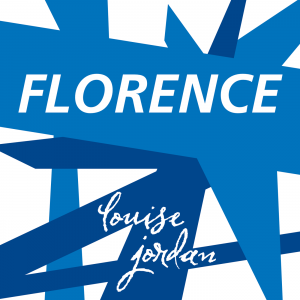 
This album was originally conceived as a a live one-woman production to celebrate Florence Nightingale's 200th birthday on 12th May 2020. However, the COVID-19 pandemic intervened, and, instead, the songs from the show have now been released as this 9-track album of songs recorded in Louise Jordan's home studio. Unlike many home-studio productions, this one has been produced and performed to a standard that any major studio would be pleased with.

Ms Jordan is a gifted singer and instrumentalist. She is also a very dedicated researcher who, in another context, would be writing papers acclaimed by academe. This album is infused with talent and intelligence.

The self-penned material is generally evocative of the times in which it is set, so the ambience tends stylistically to a mixture of broadsheet and early music-hall - although I could imagine some, e.g. Living Water, with a fuller, orchestral arrangement in a Les Mis.-style theatrical production.

The songs clearly refer to an underlying script, and, in places have a recitative-like quality about them - particularly Mr Daly, almost a folk-rap, which looks at Florence Nightingale's campaign to reform the Workhouse system. Nevertheless, they stand up remarkably well by themselves.

I particularly liked the jolly music-hall feel of Florrie's Lorry - the nickname given to the carriage in which Florence travelled to inspect the Crimea hospitals. The album explores more than just her role in the Crimean War however - that was but a two-year episode in a greater pattern of campaigning for social reform.

Nightingale was a lifelong advocate of evidence-based action to improve society, and the song Statistics Saves Lives is perhaps even more relevant to our situation nowadays - the situation which ironically prevents its public performance.

Words movingly describes a point in Louise Jordan's research when she actually handles and reads Florence Nightingale's own letters.

One of the more powerful songs is Living Water, referencing the neglect of the Empire for its Indian subjects dying through a lack of potable water, and their lack of a voice in the corridors of power. It too was inspired by Florence Nightingale's own words, "We do not care for the people of India" in a paper she wrote on irrigation in the sub-continent.

This is an ambitious, project, well-written and performed. I am sure, once clubs and theatres are allowed to re-open, that Louise Jordan's one-woman show will be a great success. If she were to obtain the requisite funding and personnel, I could see this as a full-blown musical. It's a great storyline.