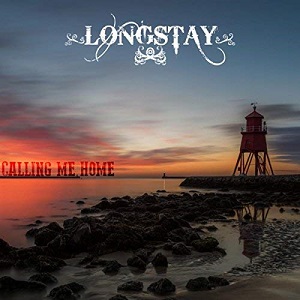 
A fledgling five-piece from Perth fronted by Malcolm Swan and Callum Campbell with George Staniforth on keys and Cameron McCafferty and Drew Spark-Whitworth providing the rhythm section, they cite influences ranging from Creedence and Cash to Isbell and Stapleton. All of which and more are evident on this impressive debut, kicking off with the catchy country rock 'Mariah' and its Neil Young namecheck and the midtempo Southern country groove of 'Too Long'.

Opening with harmony vocals, 'Forever' is a jaunty lope-along while 'A Ring Of Fire' is a piano and fiddle cover of a number by Southpaw, another Perth Americana outfit who called it a day back in 2010. There's a couple of others covers that also tip the hat to their heroes, Stapleton's slow sway 'Fire Away' and a solid barroom take on CCR's 'Lodi' that starts off slow and picks up the pace around a minute in.

Their own material is sufficiently strong as not to be overshadowed, guitar jangling swagger 'My Turn', the rocking closer 'Leaving' and, a song recalling his father's passing, the reflective near seven-minute slow waltz centrepiece 'Remember' as a son writes of his father's passing, Owen Nicholson on pedal steel, all highlights. Scotland has a fine tradition for turning out country acts that can hold their own with their American counterparts. You can add these to the list.