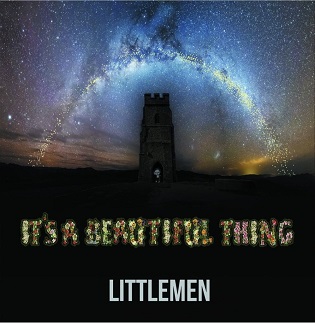 
Fronted, from his wheelchair after losing mobility in a motorcycle crash, by Nick Allen, the Bath-based outfit released their debut album in 2016. Four years later, they return but with only Allen and three others, among them Grammy Award-winning drummer Rob Brian, remaining from the original 11-piece line-up, with new recruits including Gu Townley on guitars and Jo Nyne providing backing vocals.

Americana is still the default mode, opening up with the chiming guitars of 'Girl With The Red Blouse' setting early Tom Petty comparisons, its mid-tempo pacing burnished with guitar solos, sax, pedal steel and a free-falling soaring anthemic chorus. There is, however, a bit of a dip with the subsequent 'Moving On', its meandering melody never really hooking you in while, frankly, the sub-Lennon lyrics could have done with a second or third pass, indeed even Allen sounds uncommitted as he sings them while the soaring guitar solo feels tacked on to wake listeners up.

Things pick up though with the bubbling melody and infectious chorus hooks of 'Walking', a number, which, it will come as no surprise, relates to his paralysis, sung in the second person as, featuring Innes Sibun on guitars, the narrator wishes they could see him back in his feet, continuing on an upward curve with the gentle sway of 'For The First Time' which again touches on his condition from another's caring perspective, the following 'Obstacles' (with its opening line about "the man in the metal cage") completing the thematic trilogy with another melodic wash and expansive guitars.

While adopting a slow march beat, 'Feel The Heat' does gradually gather momentum as fiddle and bouzouki join the parade and the backing vocals take on a gospel feel. But then it's stripped right back to fingerpicked acoustic guitars and Beth Porter on violin and cello for the simple strum of the reflective 'Twist Of Fate', though it must be said that, the minimal instrumentation does tend to expose Allen's rather limited and sometimes colourless range.

'Front Page News' turns the amps back on though, the fact that it's produced by Keith Holmes rather than Mark Griffin and the band, as elsewhere, perhaps accounts for the fact that it leaps out at you with its dynamic power, again bringing Petty to mind while the lyrics address the media's objectification of women.

Although it could have lost the too obvious inclusion of water lapping the shore effects, 'Into The Sea' is another strong number, a jaunty folksy leg slapper with brushed snares, fiddle and tambourine, unfortunately brought down to earth by a sudden slow semi-spoken passage midway before cantering back off into the waves.

A bonus beats driven remix of 'Osbtacles' with Stone Roses aspirations aside, the album ends riding a furrowed brow bass line with 'Cat Song', a somewhat unprepossessing title for a somewhat unprepossessing funky groove, guitar wank solos 80s art rock number about how cats and people share their lives that, reminding me of Bowie's Tin Machine indulgence, seems to have come from a different band project entirely.

Vocal limitations notwithstanding, there's some good moments here, just not really enough of them to justify the entire album.