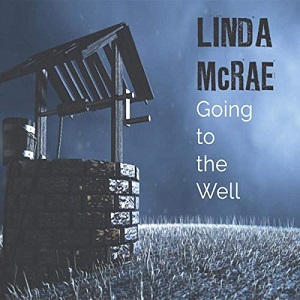 
Linda McRae is advertised as a Canadian Folk Singer although this is somewhat misleading. This new album is not based on the traditionally accepted form of folk music, containing a number of cover versions of very popular artists. She has been recording since her debut in 1997 and this latest effort will open her work up to a whole new audience.

This album is stripped to the bone musically with very limited and unassuming backing allowing Linda's vocal and musical prowess to be fully appreciated. She states on the sleeve that she has tried to replicate the sound of her live gigs rather than a studio album and she has most certainly achieved that aim.

There are a number of unexpected tracks on this offering which really surprised me. I most certainly did not expect David Bowie's music to feature so prominently on it, with Linda's version of both "Ashes To Ashes" and "Heroes" being given a new approach. Both songs are totally different to the original versions and are delightful and imaginative in equal measures.

There are a number of self-penned songs included, which will show why Linda has been recognised as an outstanding song writer. Both "Double Star" and "Empty" amply demonstrate Linda's view of modern life and the problems that can be encountered in it.

In addition to the aforementioned Bowie songs, there are two more cover versions that are outstanding. Richard Thomson's "Dimming Of The Day" is perfectly suited to Linda's gritty and often sad sounding vocal quality. Don Williams "Till The Rivers All Run Dry" will appeal to lovers of Country music and the version here is subtle and perfectly suited to her style of delivery.

Overall, this is a very pleasing album from, to me at least, a new artiste. She has a very relaxed style of delivery and one that certainly improves with each new listen.