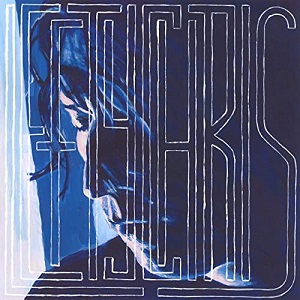 
LeftyChris is the second album from LeftyChris, Derbyshire musician Chris Carr, though there is some limited overlap with Humble Moon. The Lefty in his name refers not to his political leanings, but to the fact that he is a left handed guitarist, who also happens to be a big part of the band Left Hand Drive. While there are a few tracks on the new album that carry over from his previous release, you wouldn't necessarily notice straight away. This eponymous release includes a few more bells and whistles, as well as violins and even a didgeridoo.

Kicking off in the same way as Humble Moon with Humble Way, the song benefits from the band sound, making it more expansive with a soaring chorus. It's a strong opener full of warmth and a light hearted joyfulness. While there is plenty of accompaniment throughout, Chris' vocals are always kept front and centre, especially on the slightly more pared back tracks such as Why, and the fantastic Feeling Like I Do. It would be easy to overpower the songs by adding too many other instruments, but Carr never crosses that line.

The highlight of the album is the glorious Feel It's Real, another song from the debut to make it onto the record this time. It features the most impressive vocal performance, with shades of Springsteen or Martyn Joseph at times, and some wonderful violin work. The final track is another corker, and one of the most impressively arranged. There's a lot going on musically, but it all holds together perfectly, and is just hauntingly gorgeous.

Chris Carr throws absolutely everything at this album, and while at times it feel like it shouldn't quite work, it always does. LeftyChris is an album full of confidence, and rightly so. There's a wonderful upbeat quality to it that can't help but lift the spirits. The potential on show is genuinely exciting, and while you get the feeling that there is even better to come, this album will certainly do very nicely in the meantime.