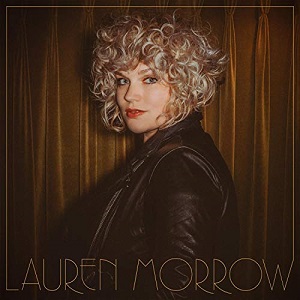 
I rather belatedly discovered alt-country outfit Whiskey Gentry last year on the back of their terrific third album, Dead Ringer. A follow-up was eagerly awaited, only to learn that they're on an extended hiatus. The good news, however, is that singer Morrow and her guitarist husband Jason have relocated from Atlanta to Nashville and she's making her solo debut with this four-track EP on which she's also joined by Music City session luminaries Jerry Pentecost on drums, pedal steel player Whit Wright, bassist Ted Pecchio, and guitarist Adam Meisterhans with former Deer Tick member Robbie Crowell on keys and Cale Tyson on acoustic.

Nashville's not changed her Georgia drawl, the set kicking off in fine twangsome country style with Viki Lynn, a song chronicling her mother's life, before taking things down a couple of notches for a pedal-steel soaked kiss-off break-up honky tonk waltz I Don't Think About You At All, the title inspired by a Don Draper line in Mad Men, with Morrow in top Patsy Cline mode.

Riding Jason's chiming guitar chords, Pentecost's steady beat and Crowell's swirling keys, Mess Up is a swipe at a woman she thought was a friend and turned out to be anything but, the all too short collection ending with the strumalong 'Barbara Jean'. It strikes another family note, albeit with a decidedly darker heart. Following a night drinking with an old friend in Chattanooga, Jason came home with the tale of how, after a marital spat, the guy's grandmother went missing ten years earlier during an anniversary trip with her husband to Lake Nicklejack. Six months later, his grandad remarried.

While not suggesting the lyrics reflect the truth of what happened, it plays out as a warblingly sung, pedal steel soaked Loretta Lynn murder ballad waltzer with twangy guitar and electric piano bridge, sung from the husband's perspective about granting her wish to stay there forever and putting "this all behind us at the bottom of the lake." It remains to be see if there's another shot of whiskey left, but, after sampling these chasers, I'm definitely looking forward to swigging from a full bottle of Morrow's potent country distillation.