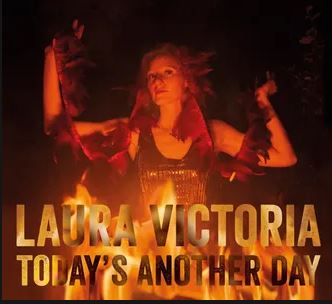 
For a singer-songwriter, Laura’s background may seem a trifle unorthodox, for she was born in a small village in Northumberland and studied folk and traditional music at Newcastle Uni. On her first folk club gigs she accompanied herself on the cello, and after a while she managed to gain key exposure at the Sidmouth Folk Week, then Cambridge Folk Festival. Her distinctive singing voice, coloured as much by indie-pop as folk, won her many admirers, and the first fruits of her songwriting, showcased on her debut EP and 2017 album (Head Above Water) both sold well and encouragingly.

Laura now follows, and capitalises on, these successes with a new album of her own songs. Once again she both charts and explores the various facets and stages of love and life with a keen degree of perception that’s self-evidently born of experience. And once again she’s in good voice, this time even more confident and losing much of the slightly nasal delivery that proved a mild stumbling-block to listeners on her debut release. Having said that, I detect more of an influence from Kate Bush this time round, as much in the florid melodies as in the swooning register contours of her developing voice. But for many listeners it’s as likely to be the new album’s musical settings as Laura’s vocals that most engage the ear, although the restless experimentalism of album producer (and drummer) Josh Wolfsohn is not always an easy catch.

For me, Laura’s most convincing when the backdrops are less busy. Several songs are driven by a melancholy banjo, soft brushed snare and solid left-field cello grounding – including the disc’s lone non-original, a standout account of traditional NE song The Waters Of Tyne, the bluesier Since I Got My Heart Broke and the desperate The Looks Don’t Lie. Surprisingly though, the poppier pulsations of I Sleep More Sound are both engaging and convincing, as is the shimmering expectancy conjured by the defiant I Don’t Want To Wear Black. And the languid Always Knew You’d Come Back has something of the feel of Portishead (no bad thing in context), while the sweetest reflections are saved till last with the final pair of tracks, on which a piano also caresses Laura’s voice in careful support.

Laura’s music is accessible, yet contains enough creativity and spark to set it aside from more conventional singer-songwritery. Only the opening track, based on a repetitive acoustic guitar strum, feels to let the side down before the album gets under way.

I Don't Want To Wear Black