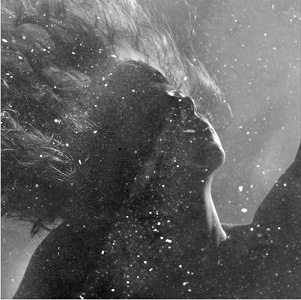 
Biographically speaking, I can tell you next to nothing about Laura I’m afraid. But suffice to say that this is an extraordinary debut release by a young lady with an extraordinary voice; a swooping contralto with an amazingly sonorous depth and a rich, haunting tone that quite literally grabs your ear by the throat and won’t let you go as you’re carried along by its strange melodic lines. And her lyrics are every bit as attention-grabbing: visceral and plunging to the heart of emotion while replete with genuine poetry (you can probably tell by studying the texts, helpfully reproduced in her debut EP’s striking sepia-toned booklet, that she’s an English Lit graduate-turned-poet-turned songwriter – not that it’s anything to be ashamed of…). Fittingly, considering her day-job as a therapist, Laura’s songs are described on her website as a “fond of abstract images, and with a backdrop of raw emotion”; they “capture moments of catharsis, orbiting the wider topics of growth, loss, disconnection and reflection”. Exactly so, it turns out.

Striking though Laura’s voice is (and you can hear it in its fullest glory on the EP’s disturbing opening track, Unfurl, performed to a bare drone and some wonderfully dissonant harmonies – one of the most arresting disc openings I’ve heard for a while), you’ll also hear a limited amount of backing, courtesy of Barbara Bartz (violin), Midori Jaeger (cello), Stephen Hodd (bass guitar and additional instrumentation), while Chris Brambley plays guitar on the second track (Upper Hand). The musical invention is pretty fabulous too, from the sensuously swooning eastern mode of Upper Hand to the thumping, beating pulse of Once, the tenderly-voiced, near-sotto-voce incantation of Return With The Light (incorporating recessed Laurie Anderson vocalises and backwards tape) to the ominous triple-time scratchy rhythms and guitar figures of the disc’s title song.

As I said, an extraordinary debut release, and I can’t wait to hear the full album that I’m sure Laura is already more than capable of delivering.