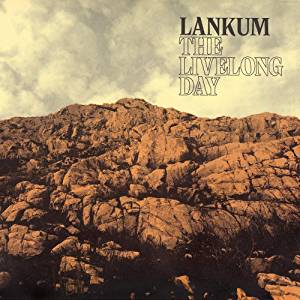 
Dublin four-piece Lankum, creators of two of the most captivating and enduring albums of the past decade and one of the most must-see of live acts, have just unleashed their "difficult third album" on the world. And at first I was not quite sure what to make of it - though I mean that in a good way; and I suspect I may not be alone in that initial reaction. Even though it has several features in common with its predecessors. For example, first, it still bowls the listener over, and makes a hell of an impact (albeit a completely different kind of impact). Second, it's possessed of a demonic, euphoric passion. Third, it fully respects the tradition while taking it forward into stark and (for traditional folk, at any rate) virtually uncharted new territory.

I could characterise the principal difference between previous albums and this latest venture by observing that the predominantly in-yer-face nature of Lankum's music has evolved into something altogether more epic, in direct response to a deeper, more primordial, "multi-sensational" reinterpretation and re-evaluation of the stories and concepts behind the songs, tapping into a more ancient pulse that becomes truly immersive and seriously majestic. (Am I being fanciful in imagining - at times - a kind of aural extension of the rugged ancientry of Mr. Fox, taken almost to an extreme? Read/listen on…)

The plangent textures of individual instrumental lines and sinuous melodies are now encased within an all-enveloping weighty, stately, heady soundscape built around drones, layers and measured progressions that sport a different kind of elegance. This is largely down to the increased involvement of Lankum's long-standing sound-man (and "fifth member") John "Spud" Murphy as producer, emphasising the unearthly, almost alien dark richness of sound that (perhaps paradoxically) complements the razor-sharp precision of the mechanics of the individual instruments. There's a simultaneous opacity and clarity both in texture and direction, and a certain aural ambiguity whereby it's not always possible to discern exactly what's going on around the booming, pulsing core drone, especially on the fringes of your audio perspective. The instrumental complement on this album is altogether more experimental, and contains, alongside the concertinas, fiddle, viola, tin whistle, uilleann pipes and guitars - and the mighty bayan of course - a veritable wash of keyboard glories such as harmonium, Hammond organ, Wurlitzer, piano and mellotron as well as some exotic and unusual timbres not commonly found in Irish music (vibraphone, trombone, bowed banjo and bowed guitar) and a fair slew of thundering percussion. It's a truly monumental sound that underpins the cutting, haunting Dublin-accented vocals (shared between Radie Peat, brothers Ian and Daragh Lynch and Cormac Dermody). The sheer brooding primal intensity of the whole album is its unifying force, and to my mind it wouldn't be an exaggeration to dub its character "folk-horror". Other key adjectives will soon come to mind: fearsome, scary, awe-inspiring. This is emphatically not Irish traddy diddly, it comes from the most deep-seated of wellsprings, where drones both permeate and form the bedrock of the landscape.

And so to the actual material performed on The Livelong Day. The opening cut is a stupendous ten-minute realisation of The Wild Rover, which, being based on the earthy version sung by Drogheda man Pat Usher, is worlds apart from the habitual cheery beery must-avoid table-thumper. Its final verse in particular, a masterly portrayal of desperation, gains added retrospective potency through the cumulative power of its encroaching instrumental coda, especially coming after the intricate interweaving of the tentative opening drones. The obscure and cryptic Appalachian song Katie Cruel gains tremendous resonance here in Lankum's spectacularly barren deconstruction (their unique arrangement was originally conceived for a film set in post-apocalyptic Ireland). Lankum's engaging new take on The Dark-eyed Gypsy is at first altogether more sparsely upholstered; it has its origins in the version sung by Co. Armagh singer Michael Quinn, and the drone element is associated more with the keening vocal line, which is both embellished and mirrored in its latter verses.

In addition to the adaptations of traditional songs, the album contains two original compositions. A harrowing opening verse draws us in to the initially sparely-scored The Young People, which inhabits the aura of one of Alasdair Roberts' "authentically imagined" Scottish folksongs before ushering in an almost sprightly waltz-time chorus with a seemingly unrelenting rhythmic impetus. Hunting The Wren turns out to be a composition by Ian which was written as one half of a songwriting challenge between Ian and Lisa O'Neill; the tyrannising of said bird providing a sinister metaphor for the marginalised women The Wrens of Curragh, musically taking on the demeanour of a clattering "prairie-gothic" pagan march.

The songs are punctuated by a couple of instrumental adventures. The first is a portmanteau medley involving two American old-time tunes rendered like you've never heard them before, the animated stomping, squeaking and grinding of the source fiddle tunes arising out of the mists of a Russian orthodox church perhaps. The second is an imaginative, galumphingly visceral rendition of The Pride Of Petravore, named after a traditional hornpipe tune once recorded by De Dannan. This has to be heard to be believed - it's possibly the most accurate musical representation of a train ride you're likely to hear…And a special kind of musical anarchy to boot.

What a tremendous album! Awesome is an oft-overused word these days, but it's one which genuinely and wholeheartedly epitomises The Livelong Day. And it's often downright sensual too - more than it's a right to be!