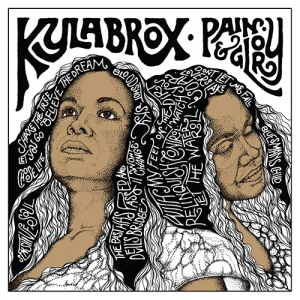 
In 2019 Kyla Brox won the European Blues Challenge in The Azores against competitors from 23 other nations, with an extraordinarily charismatic live performance. She's renowned for those. She also "made waves" (some people say "wuz robbed") at the International Blues Challenge in Memphis. Listening to this excellent album, it's not hard to understand why.

Brox is a powerhouse singer from the north-west of England - Stockport to be precise - and she was born with the blues in her blood. Kyla is the daughter of Black British vocalist and actress, Annette Reis and renowned Brit-blues veteran Victor Brox - perhaps best known as keyboard-player and vocalist for the Aynsley Dunbar Retaliation, he was apparently Jimi Hendrix's favourite white singer in the 1960s. Kyla celebrates her dad - and her apprenticeship from the age of 12 (!) onwards in his touring band - on the album's standout track, the witty, swinging 'Bluesman's Child'.

Pain & Glory is her seventh album, and it's mostly self-penned. There are pulsating, snaky, tales of (near) infidelity such as 'In The Morning'; all-stops-out heartache ballads like 'Don't Let Me Fall'; a welcome dash of progressive politics on the full-throttle opening number 'For the Many' and the clavinet-driven blues-funk thunder of 'Let You Go' is a real R&B barnstormer.

The seven-piece band - including a three-piece brass section, The Haggis Horns; fine guitarist Paul Farr; and her husband Danny Blomeley on bass - keep things tight and punchy throughout: there to serve that voice. And what a voice it is, with a range and depth rarely found in British blues singers. She can even be forgiven for closing the album with Leonard Cohen's overused talent-show behemoth 'Hallelujah'. That's how good she is.