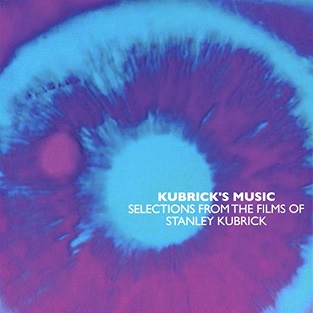 
Now here’s an imaginatively presented release. It comprises selections from the music used in the most widely celebrated of the films directed by Stanley Kubrick: an unusual, purposeful and highly intelligent juxtaposition of specially composed formal score and pre-existing music from all manner of camps (classical, popular and jazz). The selections on this luxurious four-disc set aren’t exclusively drawn from the actual recordings used on the original film soundtracks, although many are sourced from commercial recordings of a roughly contemporaneous vintage to the films themselves. This may seem a slightly odd gambit (presumably it’s down to licensing restrictions), but what matters is the set’s evocation of the special atmosphere of the films, and – even more crucially – the way in which the chosen music illustrates its role within the film; here, music is handled with invention, even audacity, but always with sensitivity and respect, resulting in some of the most memorable (and quite literally indelible) scenes in cinema history, associations that once viewed can never be forgotten. Tony Palmer has expressed it very well: “Before Kubrick, music tended to be used in film as either decorative or as heightening emotions. After Kubrick, because of the use of classical music in particular, it became absolutely an essential part of the narrative, intellectual drive of the film.”

The only “film scores” per se on this set are those for 1962’s Lolita (by Nelson Riddle and Bob Harris) and 1960’s mythological epic Spartacus (by Alex North). The Lolita score ranges from blowsy romantic to lounge-jazz and early-60s pop (Turn Off The Moon and the insidious, cheesy sing-song of Lolita Ya Ya), while the film’s remaining musical input comprises the A-major Polonaise by Chopin and a swinging piece by the Oscar Peterson Trio. The big-hearted Spartacus score is more conventionally “filmic” in nature, but still a suitably fitting example of its genre.

The 1957 war movie Paths Of Glory demonstrated the use of irony with its incorporation of the opulent Künstlerleben waltz by Johann Strauss II (prefiguring the classic Blue Danube sequence in 2001: A Space Odyssey barely a decade later), Dr Strangelove provided not only a pair of cool-jazz pieces – courtesy of John Coltrane (his augmented-quartet recording of Greensleeves) and Toots Thielmans – but also the most strikingly audacious, nay positively chilling, deployment of Vera Lynn’s We’ll Meet Again as the soundtrack to a montage of nuclear explosions (definitely in the “once viewed, inextricably bound” category).

Just under half of Disc 2 concentrates on 2001, and delivers the iconic Zarathustra prelude, the Strauss waltz and the bleak Khachaturian Adagio – and also the “standard” (ie non-HAL) treatment of Daisy Bell. Inexplicably omitted from the set, though, are the stunning pieces by György Ligeti that characterised the film’s Monolith and Stargate sequences (Lux Aeterna and Atmosphères respectively) and for many viewers formed key experiences of the whole film. Perhaps in compensation, the set then presents two pieces which were early choices of Kubrick’s and appeared on the 1966 demo reel but which were later dropped – these being the spritely Mendelssohn scherzo and the awe-inspiring opening Andante from Vaughan Williams’ Sinfonia Antartica.

Disc 3 is devoted to A Clockwork Orange, with arguably the most diverse musical canvas on display – baroque Purcell, two perkily dramatic Rossini overtures, and two of Elgar’s Pomp & Circumstance Marches. And of course Gene Kelly’s Singing In The Rain – which itself was already one of cinema’s all-time indelible memories before being completely transformed by Kubrick’s vicious juxtaposition in his own film. Sadly missing, though, are the “switched-on” Walter (Wendy) Carlos electronic-moog treatments that formed such an essential element of the film – instead we get the orchestral versions of classic large-scale Beethoven (extracts from the 9th Symphony). And the disc concludes with one of Kubrick’s musical obsessions, the cataclysmic Prokofiev Battle On The Ice sequence from the Alexander Nevsky cantata, whose battering rhythms clearly provided much inspiration for his film scoring ideas.

Finally, Disc 4 presents music from Barry Lyndon: predominantly baroque (Bach, Handel, Vivaldi) and classical (Schubert). This is followed by some of the music from The Shining (notably the creepy and superbly unsettling central Adagio from Bartók’s Music For Strings, Percussion & Celesta), together with pieces important to the film’s evolution (Berlioz’s Witches’ Sabbath and Sibelius’ Valse Triste) and a handful of admittedly mildly anachronistic “art deco jazz-age ballads” from the dance-band repertoire which cropped up in the film’s Gold Room sequence. Disappointingly, however, the partially synthesised Dies Irae title theme and the signature pieces by Krzysztof Penderecki and Ligeti are absent from this selection. Finally, the set moves on to 1999’s Eyes Wide Shut, by way of a now typical Kubrick mix of ballroom standards, Oscar Peterson, Mozart and Liszt, and appends the Lied Im Treibhaus from Wagner’s Wesendonck Lieder which was dropped from the final cut.

This well-stocked set (omissions notwithstanding) makes an intriguing and well-presented addition to the collector wishing to gain more of an insight into Kubrick’s inventive and inspirational approach to film scoring, and the accompanying booklet provides a useful filmography while also yielding further valuable insights into Kubrick’s genius.