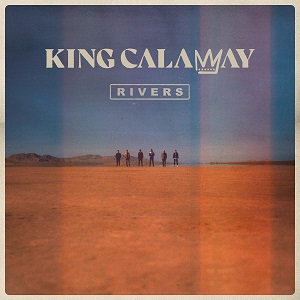 
A Nashville-based six-piece with members drawn from as far apart as the Midwest, Gibralter and Edinburgh, they've been making waves in America with their live shows, playing support slot on the Garth Brooks stadium tour and performing on primetime TV. Recorded in a single take, this is their debut album, a catchy collection of poppy country that never pretends to be more than it is, delivering hummable songs with crowd-friendly hooks in an exuberant manner.

With its steady drum beat, harmonies and chugging guitars, opening track 'No Matter What' pretty much sets the template for everything that follows, quickly reinforced by the mid tempo 'No More Than I Do' and the staccato rhythm of 'Rivers' where the guitars flash their muscles.There's some quieter, slower moments to be found with electric piano ballad 'Missing You', the swayalong I Do, the handclappy boyband flavours of 'World For Two' and album closer 'I Did', but mostly this is about energetic, propulsive numbers designed to get folk on their feet on the vaguely bluegrassy bounce of 'Grow Old' or their a capella-opening treatment of Stephen Stills' 'Love The One You're With'. Heavily inclined to the mainstream side of Nashville country but without, as yet, that conveyor belt slickness, if Brooks & Dunn are your thing then Rivers will be an album you'll want to splash around in.