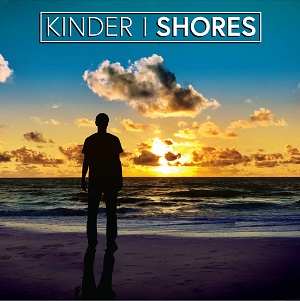 
Produced by Cromer-based retired social worker Jenni Randall, this is a thematically-linked composition of songs from artists on the contemporary folk circuit that's been put together to support The Care Leavers Foundation, a Redditch-based charity that aims to address the needs of those who are or who have been in care, be it through unemployment, homelessness, the criminal justice system or mental health, raising funds to prove counselling.

The album takes its inspiration and title from She's The One, a song by Suffolk singer-songwriter Eric Sedge about the pain and trauma resulting from abuse or neglect, and the difficulty of rehabilitation. It and the other 18 tracks were all given free of charge by the artists concerned, an impressive list of both the great and good of the folk world and lesser known but no less talented names.

Without detailing each track, which should be mostly familiar to folk audiences, the former include among the ranks Chris While & Julie Matthews ('Hitting The Ground Running'). Faiport Convention ('In Our Town'), Show of Hands ('Unlock Me'), Johnny Coppin (Inniocent's song') Gerry Colvin (Fate's fast Car'), Ralph McTell (Mr Connaughton'), Richard Digance ('Snowmen Only Live Until The Sun Comes Out'), Jez Lowe ('Tether's End), Home Service (a live version of 'Alright Jack'), Edward II ('Rocky Road') and Otsterband (Diamonds On The Water').

Of the perhaps less familiar artists you'll find the lurching 'Refugee' from Roving Crows, the traditional-flavoured '40 Years On' from Little Johnny England and Norwich based Americana-singer Hayley Moyses with 'The Truth', with personal highlights being represented by Fleetwood Cave's anthem for oridinary folk, 'People Like Us', aNNa rydeR's spare piano ballad 'J', a poignant song about a parent leaving and a child waiting, and 'Any Spare Change', an acoustic waltzer by Fraser Nimmo about lack of jobs and homelessness leading to having to beg in the streets.

All the tracks are taken from existing albums with the sole exception of 'Heart of a Child', a song about children who have been separated from or abused or neglected by those who are supposed to love them and recorded specifically for the project by London based blues duo Fran McGillivray and Mike Burke. Put together with care and insight, it would merit effusive recommendation as a compilation in its own right; given the cause it serves, it warrants your fullest support.

Diamonds On The Water