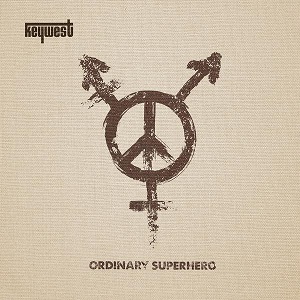 
Big in Ireland where they've topped the album charts twice and gone multi-platinum, the four piece are now looking to extend their horizons with their fourth album. Described as folk-pop, the emphasis would seem to be more on the latter, the album opening with its strongest and most immediate track, the drums tumbling 'Somebody To Love which would seem to have embraced Lumineers influences among their Irish roots. 'C'est La Vie' is equally uptempo with bright guitars, a handclappy rhythm and Andrew Cavanagh's slightly husky, wearied vocals.

Slowing the pace down they're joined by Una Healy for 'I'm Not Me Without You', a Celtic-Americana ballad that knows the value of a crowd-friendly chorus,but Don't Let Me Down' finds them easing slightly more into folksy country Westlife territory and, inspired by Cavanagh's mother and aunts, the daily grind title track with its chiming keys intro equally has a vague boyband sensibility, though you could equally argue a case for the more radio-friendly side of contemporary Nashville pop.

The latter half of the album pretty much maintains the same approach, balancing big swell ballads like 'How Did We Get Here' and the plangent guitar chords of Wear Your Love' with the steady drum thump romantic angst ballad 'This Is Heartbreak' and the closing, more ambitious six-minute Blood,Sweat and Tears' with its synth string swells and lyrics variously about homelessness, seeking direction, mortality and holding on in the face of struggles. Successfully straddling several audience musical demographics and with a patent ability to pen a strong, hook-laden melody and simple but emotionally relatable lyrics, there seems no reason to think their homeland success won't be replicated here and, given the push, in America too.