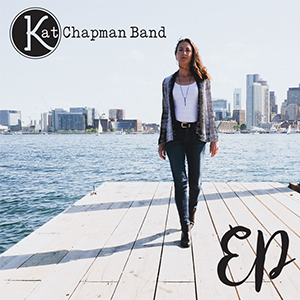 
The artist formerly known as Katrin is back performing as Kat Chapman, sometimes accompanied by the Kat Chapman Band. After four well received releases as Katrin, this EP is the first release under her current guise. Having shared a stage with the likes of Chris Isaak and Joan Armatrading, the self-taught songwriter and guitarist has had songs feature in a lifetime movie, indie films, and several documentaries.

While there are five songs on the EP, the main song does feature twice, with a radio edit tacked on at the end. That song is the pick of those on offer here, with its beautiful melody and a wonderfully warm vocal performance from Chapman. It also feels genuinely personal, as does one of the other highlights, A Baby To Hold. That song is filled with emotion, with Chapman's vocals fluctuating from prayer to an almost primeval cry of longing.

The EP is a strong return after taking a break from performing to start a family. The music is full of Chapman's real life, her love and her struggles, and the EP is all the stronger for it. This is Nashville with a lower case n, full of soul, rawness and honesty.