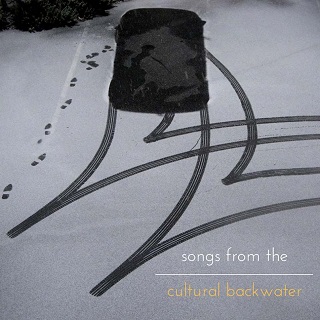 
Earning his stripes as a composer for the stage and screen, he has been composer in residence at Shakespeare's Globe for the past six years, Maxwell was keyboard player for Dead Can Dance on their 2012/13 tour and recently co-wrote six songs for the latest Le Mystère des Voix Bulgares album (released as the more prosaic The Mystery of Bulgarian Voices) with Lisa-Gerrard.

Although the press blurb declares this to be his first solo album, it is, in fact, his fifth, previous releases being Bolt, collection of songs and instrumentals, Hard Shoulder devised for the Retina Dance Company for his quartet The Jules Maxwell Project, Candy Floss, an exploration of childhood through soundscape and lullaby and the vinyl-only Santos that saw him singing his own songs for the first time.

Recorded over five years in Northern France, the album flows between an assortment of styles that take in classical, blues, jazz, sinewy electronica funk (the David Byrne-like 'Hole In The Head), and folk influences. On 'Same Mistakes' and 'Lizzie Graham' (the title of which likely refers to the late nineteenth-century Puerto Rico soprano and singing teacher, though, unlike in the lyric, she never went to Hollyood), there's even show tune balladry. The glue that holds them together, however, is a strong evocation of both Randy Newman and, his prime inspiration, the dark lyrical but melodically lush world of Jimmy Webb. His Irish roots (he was born in Bangor) are also in evidence, notably so on the emigration ballad 'No Place That Rains (Quite Like Home'), sung, in his brushed, smoky tones, unaccompanied save for a distant drone. He also has a number titled 'Last Train To Limerick' although, again with minimal backing, this is sung by Louise Wallace, recorded in the 90s when she was a rising star on the Belfast music scene.

Opening with the minimalist, late night bar piano arrangement of 'Blowtorch' as, in a meditation on eccentricity and art ("my family need to know why I spend my time burning the leaves of the trees with a blowtorch"), he ponders "why keep beauty locked up in a box". Coloured by New Orleans brass, 'Good Ghost' conjures Newman as does the Southern-toned piano ballad 'The Boy Who Cried For The World' and the jauntier, brassy wordplay of 'Sycamore'.

Also including the introspective love song 'The Wilderness of Lorine' with its nature imagery, it ends with the dreamy retro piano-ballad 'Flowers Grow' and the late night bluesy slow lope of 'Give Up The Band', a co-write with Foy Vance, which, in its story of a young musician's journey, travelling from the Crumlin Road to south-east London, casts an eye back on Belfast's troubled times. This is one best enjoyed by pouring yourself an 8-year-old single malt,settling back and soaking in.