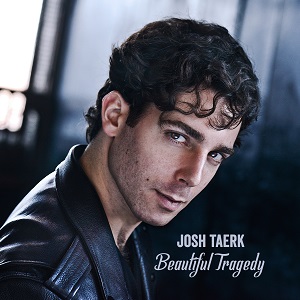 
Three years on from sophomore album Here's To Change, the Canadian singer-songwriter returns with a new collection of highly melodic and radio friendly rootsy country rock, though reference points are less the PR-cited Kings of Leon and more Rick Springfield or, indeed, Kevin Costner and Modern West for whom producer Teddy Morgan also twiddles the knobs.

It raises its flag from the opening paradoxical end of relationship title track with its ringing guitars, thumping drums and catchy hooks, and keeps it flying throughout, following up in similar punchy mode with 'Midnight Mustang', an urgent, driving Springsteenesque (or maybe Bob Seger) rocker, and the high school romance memories of 'Anywhere Love Took Us', one of four numbers lifted from last year's Stages EP.

High school is also the setting for 'Beauty Queen', a thoughtful number about how the teenage dream isn't all it's cracked up to be and how, "sweet 16, living out your mother's dream", you "can't go home and tell them that you hate it", Taerk's vocals soaring to falsetto at the end of lines.

He adopts the same approach on Jekyll or Hyde, also taken from the EP, a mid-tempo moody keys-backed reflection on the choices we make and how "you wanted to be Able but you ended up being Cain."

The remaining cuts are all from the EP, 'Neverland' a dreamy ballad that wouldn't be out of place on a Take That album, the slow waltzing strings-backed 'After The Fall' and the stadium-swelling closer 'Learning To Let Go'. Perhaps a little late to catch that windows down, music blaring summer cruising moment, but for big production, guitars akimbo upbeat and uplifting roots-pop, Taerk has it sewn up.