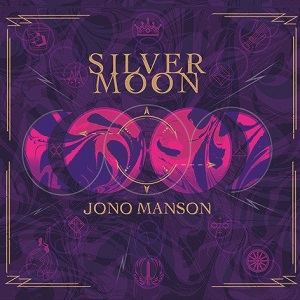 
Starting out in 1968, Manson has had a lengthy and varied career without ever really registering on the wider landscape. A producer and singer-songwriter, he was also the leading light of NYC's legendary Nightingale Bar scene back in the 80s and 90s, the venue launching names like of Blues Traveler, Spin Doctors and Joan Osborne/ The latter guests on this, his tenth studio album, alongside contributions by Warren Haynes from Blues Traveler, Spin Doctors' guitarist Eric Schenkman and Eric Ambel, a founding member of the Del Lords. He's also joined by Terry Allen and Eliza Gilkyson, the three of them coming together to sing 'The Christian Thing', a single released last year.

The album title a metaphor for self-reflection in one's later years, there's more than a passing concern with mortality and what follows in the songs, although it opens in bouncy upbeat form with the jangly folk of 'Home Again To You', David Berkeley on harmonies behind Manson's nasally lead. 'Only A Dream' "can guide us through these darkest nights" he sings on the countrified pedal steel and piano accompanied second track, leading into the mid-tempo title number, which Jason Crosby on Hammond and Haynes playing slide guitar, harks back to soulful 80s Southern country with its thoughts of unexpected memories pulled by the moon's gravity "Like departed souls/Who may show their face/At unlikely times/In a surprising place".

There's a joyful Memphis feel to 'Loved Me Into Loving You Again' with its sax, trumpet and trombone brass section as he duets with Osborne while, in contrast, featuring Eric McFadden on guitar, the swaying 'I Believe' slows it down for some introspective self-reflection on faith, albeit not necessarily of a religious persuasion, the gaze also turned inwards for the decidedly different, dirty barroom blues no shame confessional swaggery rocker ' I'm A Pig'.

Keeping it bluesy and featuring some resonant steely work from guitarist Paolo Bonfanti, 'Shooter' takes aim at the recent spate of school shootings and those on the end of the trigger ("you're not a person, you're just a shadow") on a number that brings Neil Young to mind.

A distillation of the Allmans, Stones and Skynyrd swaggers its rock n roll way through the clearly autobiographical 'Face The Music', appropriately switching back to an 80s country soul mood for the mid-tempo, organ-backed 'Everything That's Old (Is New Again)', the album ending with the accordion-coloured 'Every Once In A While' about how occasionally the table are turned in favour of the underdog and, finally, the playful talking blues boogie 'The Wrong Angel' about a soul and celestial mixup in being called up yonder.

As relaxed and effortless as you'd expect from such a long career, it won't earn him a huge new following but, regardless the title, it's ample evidence he's far from on the wane.

Loved Me Into Loving Again